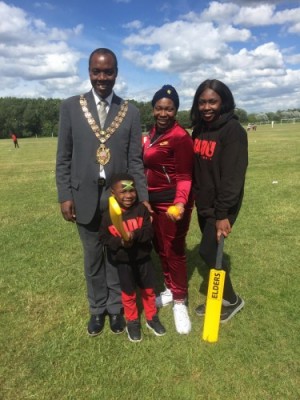 Residents were bowled over by the play at Hackney’s Windrush Cricket celebration on Saturday 8 June. The event saw over 75 players from Stoke Newington Cricket Club, North London Muslims Cricket Club and opposing teams, taking part in a series of matches alongside carribbean afternoon tea and activities for families.

As the sun shone over the newly built Hackney Marshes Cricket Pavillion, children as young as five took part in intergenerational cricket sessions with their grandparents organised by Badu Sports.

Nana Badu, who runs Badu Sports said: “I think it's important to get people along to events like this, where they can get out of their comfort zone, have fun and see a place where they belong in society. Today is really inclusive, and families have come out to spend time together and feel like they are really part of the borough.”

Alongside taking up the bat, attendees were treated to a carribbean afternoon tea and reminiscence session with Hackney Museum, which started conversations about the game and life in Hackney in the 1960s and 70s. One woman called Gloria Richards talked about how her father used to take her along to cricket matches every weekend on Hackney Marshes and all around the country, and her famous cricketer cousin, West Indies fast bowler Andy Roberts.

Pam Edwards, 62 who used to live in Dalston said: “It’s nice to get young and old people together, it's nice to share memories.”

Eugina Appiah, 52 from Clapton said: “It’s important to get people together whenever we can. It's nice to make that connection and to see people you might not have seen for a while and talk about the past together,” 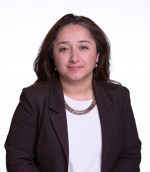 As the Cricket World Cup captures the nation's attention, it's great to channel that excitement into fun outdoor play for families, and use our lovely new Hackney Marshes Cricket Pavilion for this amazing community event.

The event honoured the impact that the Windrush generation has had on cricket here in Hackney, giving young people the chance to learn the game and older people time to talk about their memories and share their stories of cricket in Hackney through the generations.

Further cricketing activities throughout the season will be taking place at North Marsh Pavilion in the coming weeks for older and young people. Details on these activities will be made available on the Council's Leisure and Sports pages.

Find out more about the programme of activities for Hackney’s Windrush Generations Festival, visit the Black History webpage or follow the year-round Black History awareness campaign in Hackney on Facebook for more information.