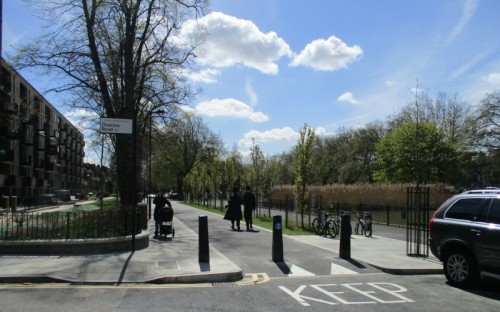 Oil your chain and pump up your wheels – the ‘Wetlands to Wetlands’ route is ready for riding!

Hackney Council, in partnership with the London Borough of Waltham Forest and London Wildlife Trust, has created a clearly-signed, cycle-friendly, faster and greener route between Woodberry Wetlands in Hackney and Walthamstow Wetlands.

The greenway has been signed and lit, tracks have been laid, trees have been planted, and it is ready to be enjoyed by local residents and visitors. The installation of a cycle ramp over the Spring Hill bridge has made it easy for cyclists to wheel their bikes over the River Lea and into Walthamstow Wetlands.

Additional work is planned for some junctions, to further improve the route which will be linked to several other quiet way routes to Central London, Queen Elizabeth Olympic Park and Walthamstow.

The wetlands are an oasis for urban wildlife; from birds, bats and aquatic life, to plants and trees. It is hoped that the new greenway will encourage people to venture outdoors, get active and explore the nature on their doorsteps. The route avoids busy roads such as Amhurst Park and Seven Sisters Road by linking parks, marshland, quiet roads and towpaths, and is suitable for cyclists of all ages and abilities. The two reserves are only three kilometres from each other, the perfect distance for a visit to both. 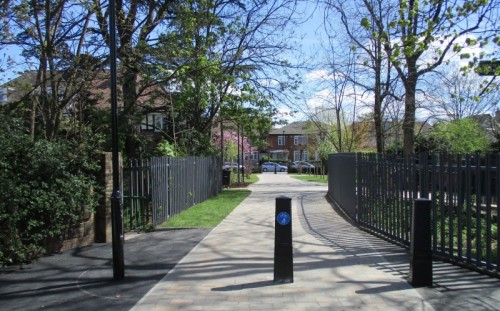 The ‘Wetlands to Wetlands’ greenway in Hackney received £120,000 from the Mayor of London’s Big Green Fund being used to create high quality open spaces. It was supported by more than 1,700 people online in the Big Green Fund public poll.

A PDF map of the route can be found at the top right of this page.