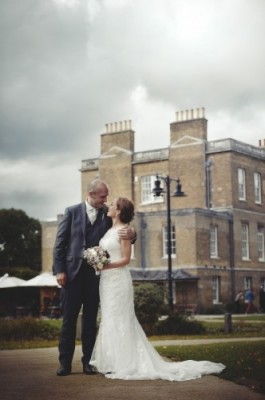 Romantic residents are more likely to pop the question at Valentine’s Day and over Christmas than at any other time of the year, if enquiries to Hackney Council’s popular venues are anything to go by.

Huge spikes in queries have been seen in the working days after Valentine’s Day and New Year’s Day as happy couples scout locations for their wedding and reception, according to Dan Cowdrill, the Council’s Sales and Marketing Manager for Venues.

“Since launching Hackney Venues in January of 2013, we’ve seen a huge increase in the number of events taking place in our venues,” he said.

“By far the most popular type of event is wedding celebrations as the venues are perfect for anything from small marriage ceremonies right up to the large receptions and parties.

“Christmas appears to be the most popular time of the year for proposals, followed by Valentine’s, with a surge in people asking about our venues and researching them online.”

Visits to the Hackney Venues webpage sees an average 200 per cent increase in activity in the days and weeks after Christmas and Valentine’s, as well as an average 50 per cent spike in phone calls and emails to the venues team during the same time.

Smaller peaks are recorded after more low-key bank holidays, including Easter and May Day.

In the last five years the Council has re-opened or restored four of its five key venues:

Dan said: “We’re proud that our fabulous buildings have very quickly become some of the most sought-after venues in east London.

“Our clients love the fact that not only are they holding their event in one of the most popular and innovative parts of the capital but that they also have such a range of venues to choose from. Whether it’s the classic, 18th century Clissold House, or the stunning Art-Deco Hackney Town Hall, there’s a style to suit every type of bride and groom.”

If you’re interested in holding an event at one of the Council’s venues, and for more info on them, go to: www.hackneyvenues.com