In July 2016 it was announced that Transport for London, in partnership with Hackney Council, would make improvements around De Beauvoir Road and Wordsworth Road to make them more pleasant places to live, walk and cycle by reducing 'rat-running' traffic.

The works were substantially completed in December 2016 and some minor modifications, like additional bollards and signs were installed.

We are aware that there have been some concerns about changes to traffic patterns following the road closures,  with the following appearing to be the main areas of concern:

It is not uncommon for new road layouts to cause some disruption while motorists gain an understanding of the changes and establish new routes and habits. We are currently monitoring the scheme, particularly as to how the changes affect motor traffic in the area. In the Wordsworth Road area we have completed a set of interim surveys and are now arranging a full set of surveys along the entire CS1 route in Hackney. TfL will carry out surveys on the A10 around the same time.

From reviewing the feedback received from local residents and analysing the survey results, we expect to gain a thorough understanding of the scheme’s impact by April 2017 and will provide another update then.

If you have any further comments that you would like included in the review, please send them to info@hackney.gov.uk with ‘CS1 De Beauvoir Area Closures’ or ‘CS1 Wordsworth Road Closures’ in the subject line, before 17 March. 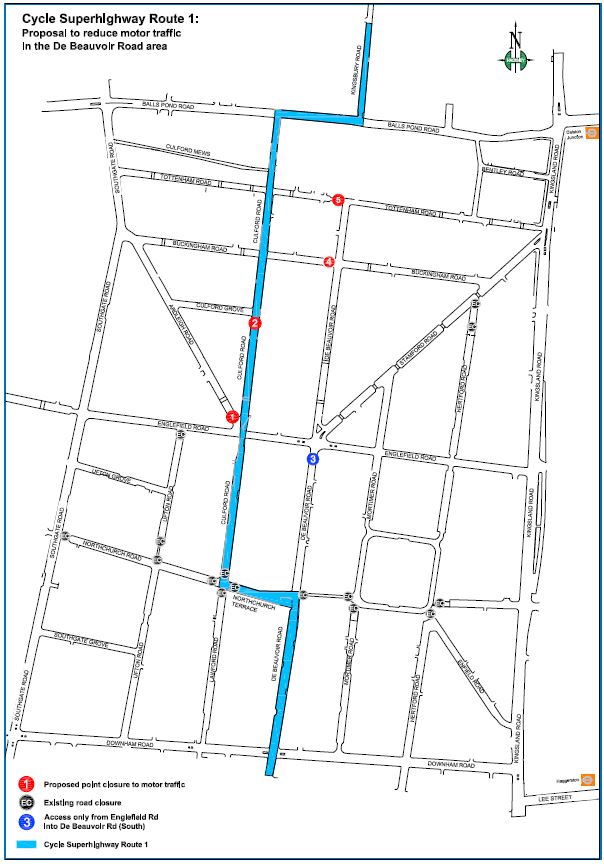 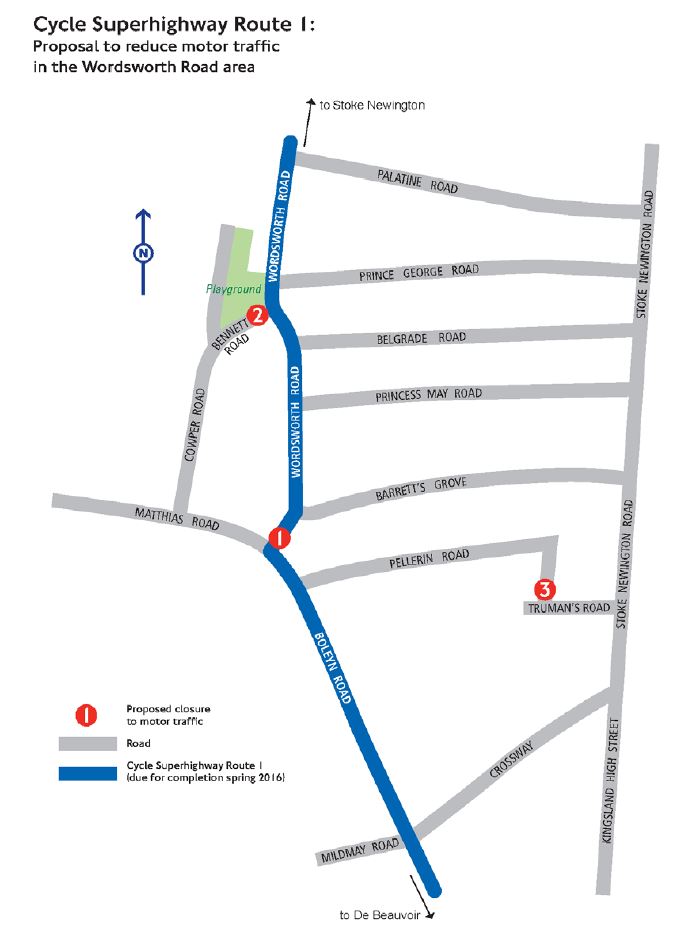