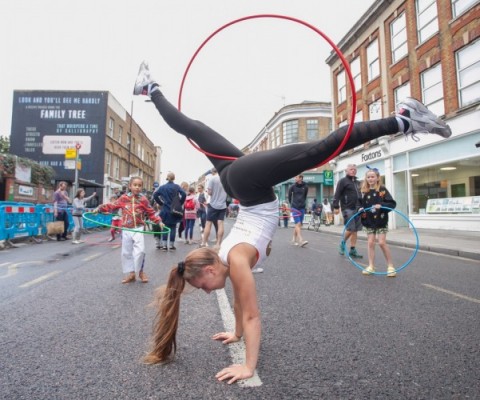 Thousands of people celebrated Car Free Day in Hackney on Sunday, which saw Stoke Newington Church Street free from motor traffic and 17 streets across the borough reclaimed from cars for children to play out.

Among the activities on Church Street were free yoga classes, dance sessions, woodwork workshops and pop-up stores from businesses along the street.

A record-breaking 17 Play Streets - the biggest ever simultaneous Play Street event in Hackney - were also set up on the day in participation with Hackney Play Association.

Local businesses lined the road offering spaces to shop and eat and the public enjoyed music from local bands organised by Beaucatcher salon owner Maryna Fontenoy, whilst giant games and stilt walkers occupied Church Street. The public also had the opportunity to get their bike fixed, have their hair braided, try out cargo bikes and enjoy outdoor science experiments.

In Stoke Newington, hundreds of people had their say on the Council’s successful bid to the Mayor of London to reduce polluting traffic on the road. 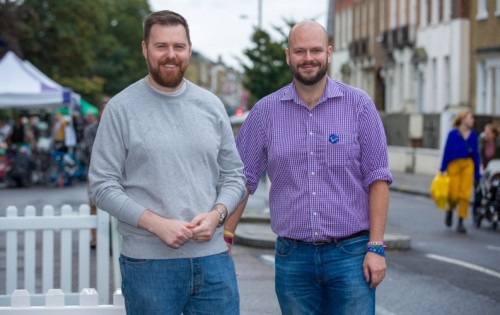 Over the autumn, the Council will be inviting people in Stoke Newington to a series of workshops to develop proposals for Church Street further.

Allison Vitalis, who has worked closely with the Council and play street hosts to organise several mass Car Free Day play street events, said: “I was formerly a resident organiser. I loved the idea of getting neighbours together to close off the street to create a space for kids to play.”

Local resident, Dan Hall, said: “There are plenty of stalls and shops so it's nice to nosey up a road which is usually occupied with vehicles.”

In June, the Council passed a climate emergency motion that commits us to rapid and deep cuts in the global warming gases generated in the borough, from the energy we consume to the way we get about. Motor vehicle pollution makes up the largest share of the U.K’s greenhouse gas emissions and it’s clear that the number of private cars on our roads needs to dramatically reduce. Car Free Day may be just one small example of how Hackney Council is working towards its environmental goals, but it has huge symbolic value. Car Free Day demonstrates the difference we can make to our streets by reclaiming them from cars for people, especially children, to enjoy. It was brilliant to visit Church Street and see it transformed by Car Free Day, and especially encouraging to witness the positive impact it had on small businesses. We’re ambitious about making radical changes to reduce polluting traffic in the borough and, continuing with the success of Car Free Day,we’ll soon be inviting people in Stoke Newington to a series of workshops about our successful bid to do that in Church Street.