In this installment of his blog, the Speaker of Hackney Cllr Michael Desmond writes about the treatment of the Windrush Generation and meeting Hubert Howard. 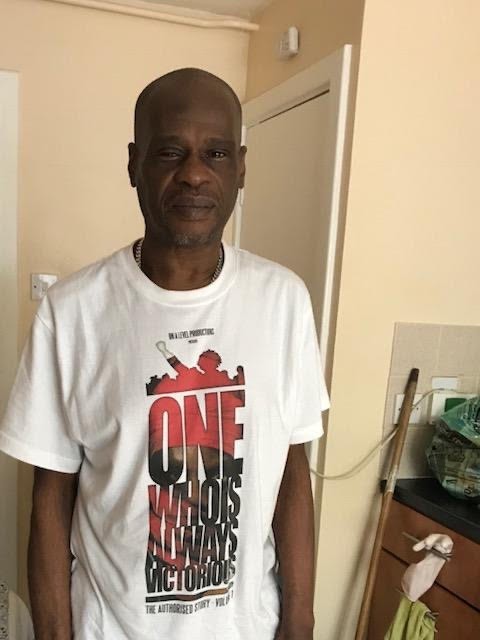 One of the biggest scandals since World War Two, is the treatment of the Windrush Generation, many of whom settled in Hackney. Churches in Stoke Newington, Clapton and elsewhere in the borough celebrated Windrush Day recently – the 73rd anniversary of the day the SS Empire Windrush docked in Tilbury in 1948.  The 492 passengers on board, mostly made up of ex-servicemen and their families, made an 8,000 mile journey from the Caribbean to England.

At St Michael’s Church in Stoke Newington, a film capturing memories of local members of the congregation,many of whom were in the audience, was shown. Of course, most had not been on that first boat, they came in the 1950’s or 60’s. By 1958, 125,000 immigrants from the Caribbean had arrived in the UK. More came later, some encouraged by Enoch Powell, Conservative Health Minister from 1960-63, who invited them over to train as nurses and work in the burgeoning NHS. Whatever he may have later said, those who worked for our Health Service did a wonderful job and contributed enormously to the wellbeing of the community.

I got involved almost ten years ago, I met a constituent, Hubert Howard (pictured) , who explained his situation. He'd come to this country aged 3 in 1960 with his mother, went to school here, worked, paid taxes and had two children – yet suddenly, almost 50 years later, Hubert had to ‘prove’ his status, but didn’t have the papers to do so. As a result he lost his job, opportunities for benefits and legal aid was withdrawn.

The only time the Government acknowledged ‘mistakes’ had been made, was when Commonwealth Heads of States came here in April 2018; they did not want the Queen to be embarrassed.

Hubert’s story – and the story of others from the Windrush generation, was taken up by Amelia Gentleman, a journalist at The Guardian, who pursued the issue for a number of years - seemingly, without making significant headway.

Things did change in 2018; I was aware of the Commonwealth Heads of Government conference in London that year and wrote to Baroness Scotland, the Secretary General, asking for the issue to be put on the agenda.

This may – or may not have helped. More importantly, Guy Hewitt, at the time, High Commissioner of Barbados, got involved; he approached Downing Street to arrange a meeting of all Caribbean Heads of Government with Theresa May. This was refused, Hewitt was furious, and went straight to television and radio studios to express his anger. The rest is history; the Government apologised, the Home Secretary, Amber Rudd, resigned for having misled the House of Commons – and promises were made to address the scandal and compensate victims – including more than 63 who had been deported!

Sadly, it didn’t really help Hubert. For ten years he’d struggled to get citizenship – he was told if he visited Jamaica to see his sick mother, he might not be allowed back in. The stress contributed to serious ill health, eventually, three weeks before he died of leukaemia, as he lay in his hospital bed, he was granted citizenship.

Black Lives didn’t matter to the bureaucrats who allowed this to happen. They matter to us. As Guy Hewitt said of the Windrush generation: “These people came here after the Second World War, “they faced incredible abuse and racism, but they stuck it out. They were conscientious workers and taxpayers, and then this happened. There was such shock and disbelief that a country they gave everything to should question their legitimacy.”

There are still delays sorting out compensation, dealing with the repercussions of the scandal and finalising citizenship for all those affected. Remember, the Windrush generation were invited to the United Kingdom, they were asked to come here to help with the health service, transport, postal service and many other important sectors.

I’ve played a tiny role in bringing the issue to a wider public. My distinguished friend, Patrick Vernon, OBE, a former Hackney councillor, has done much, much more.

Martin Luther King said – “In the end, we will remember not the works of the enemies, but the silence of our friends.”

There is still some considerable way to go, but Hackney salutes the Windrush generation, many of whom still live here. We thank them for their amazing contribution and join with them in fighting for their rights.