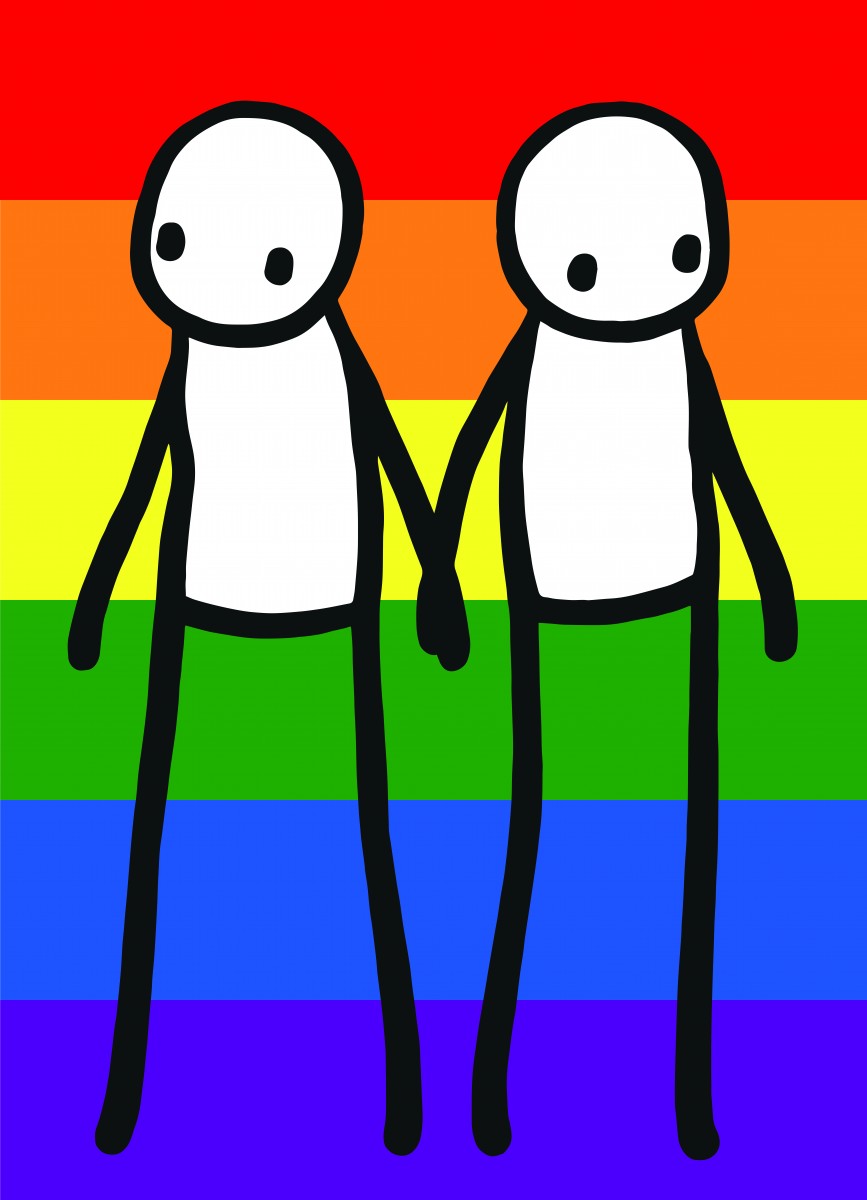 Two people holding hands against a rainbow backdrop is the powerful symbol of love and equality that will adorn Hackney Council’s London Pride Parade float at the weekend, thanks to world-famous street artist Stik.

The Hackney resident, whose instantly-recognisable stick figures are renowned across the globe, created the colourful bespoke banner especially for the Council float, which will represent the borough at Pride to advocate LGBT+ (lesbian, gay, bisexual, transgender, plus) equality.

Stik’s two metre-high flag will be attached to the ‘I Love Hackney’ black cab, the focal point of the Council’s contingent, as it makes its way along the parade route in central London on Saturday - and residents are being urged to come along and show their support.

The artist is known for his socially-conscious murals, including the ‘Sleeping Baby’ at Homerton hospital, which he created to help galvanise the campaign to stop NHS privatisation. Prints of the baby have so far raised more than £75,000 for the hospital’s charity, Homerton Hope.

Stik said: “I’m delighted to represent Hackney in the 2016 Pride in London parade. Our vibrant and varied community is known around the world and I am proud to live here.”

His banner, manufactured by Flagmakers – which makes flags for the Queen – will go on display at Hackney Museum, in Reading Lane, after the parade.

The Council will then auction the artwork, with all the money raised going towards a local LGBT+ charity or project. Residents are being asked to suggest ideas for what the money should go towards.

In the light of the terrible recent events in Orlando, it is even more important that we come together to celebrate Hackney’s and the wider LGBT+ community, and to show our solidarity, as part of London Pride weekend.

We are very lucky that Stik has created this fantastic artwork for the event, which will be displayed as part of the Hackney delegation at the parade, and then sold to aid LGBT+ projects in the borough.

A volume of all Stik’s murals has been published by Penguin books. For more info, visit here and here.