Hackney was out and proud at this year’s pride parade, supporting LBGT+ communities in the borough and beyond, but the support won’t stop there, as this year the magnificent Stik banner produced for the event will go on auction to fund LGBT+ projects within the borough.

The ‘I Love Hackney’ Black Cab, crowned by street artist Stik’s bold statement banner, was the centre piece to Hackney Council’s Pride parade walking group and cheered on by almost a million spectators.

The two stick figures holding hands against a rainbow backdrop was a potent symbol of love and LGBT+ (Lesbian, gay, bisexual, transgender, plus) equality. As the parade moved through central London, some of the spectators included Hackney residents who had made their own Stik placards from special edition copies of Hackney Today.

Imogen, a young Hackney resident, brought her homemade banner for Stik to sign that included her own slogan on the back “Be free, have fun, make friends.” Her younger brother, Alexander, had also brought along a miniature version of a Stik banner that included a heart on the back where he had also written the short, but potent word, “Love”.

The world famous artist Stik, who created the art work, joined Hackney’s contingent along with The Speaker of Hackney, Councillors, Hackney Council staff members and their families.

Hackney’s walking group was also joined by local drag king, Richard, who was giving out copies of Hackney Today, the Pride special edition. This proved hugely popular with spectators, with some fans of the artist Stik able to get their copies of the paper signed.

Pride is a festival to celebrate and represent LGBT+ culture and history and raise awareness of issues suffered by those marginalised and link LGBT+ groups across the UK. There were many groups in the parade including LGBT+ foster parents, Stonewall UK and members of the armed services.

More than 300 groups took part in the parade, which was led by an Absolutely Fabulous themed float, headed by Patsy (Jennifer Saunders) and Eddie (Joanna Lumley). Among the 400,000 people who took part in the march was London Mayor Sadiq Khan, who took part in the minute silence for the victims of the Orlando mass shooting, he also quoted Martin Luther King Jr during his speech in Trafalgar Sq: “Hate cannot drive out hate; only love can do that.” 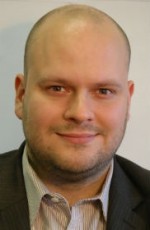 The atmosphere was amazing, it was great to march with Hackney colleagues and residents, all coming together at Pride to celebrate the LBGT community, especially after the tragic events in Orlando. We were very lucky that Stik created such a powerful banner which looked great on the day and can now be auctioned to fund LGBT projects in Hackney.

The banner, manufactured by Flagmakers, who make flags for the Queen, will now go on display at Hackney Museum in Reading Lane. The Council will then auction the artwork with all the money raised going towards a local LGBT+ project or charity.

If you are a Hackney resident and would like to suggest an idea for which LGBT+ project money raised should go towards, please e-mail; jane.ball@hackney.gov.uk.