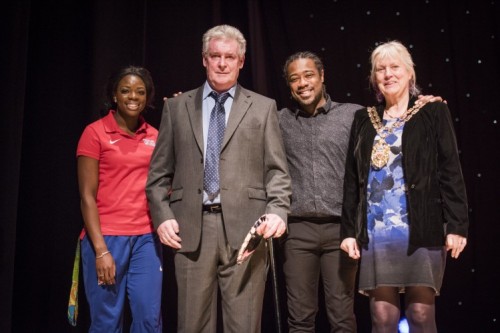 More than 400 people cheered on the borough’s sporting stars as they were presented with awards for their achievements over the past year.

Keiran McNulty and Antony Newman were presented with the Fit 4 Health award after showing commitment, enthusiasm and dedication to getting healthy. Fit 4 Health awards are given to those who are taking part in physical activity after recovering from a stroke.

After his stroke, Keiran McNulty spent six weeks in hospital where he couldn’t eat and was wheelchair bound. After taking part in the Fit 4 Health scheme he said his life changed, he said: “I feel stronger and can now dress and wash myself. My mobility has improved. Overall I feel more independent. I didn’t want to go to the programme at first, but it has made such a difference. It has changed my life”.

Hackney Wick Football Club won the Sports Club of the Year Award. Founded in 2015 the entirely volunteer run club has manged to engage with over 1200 local people and raised over £16,000 to provide free and affordable access to grassroots football.

Bobby Kasanga, the club's founder, said: "We're delighted that all of the hard work of our players and volunteers has been recognised. Hackney Wick FC will continue to grow as a community club that celebrates the diversity of our borough, and creates an atmosphere where people from all walks of life feel welcome. We hope to see everyone at our next game!" 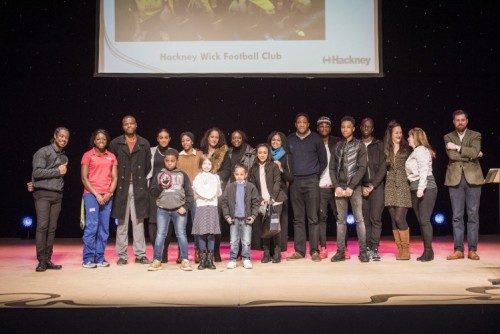 Sports personality of the year (Under 25) went to 21 year old Kayak Slalom and White Water Rafter Vanessa Humphrey. She said: “I feel amazing about winning this award. This event is amazing, you see how much talent there is in the borough.”

As well as the award ceremony the audience were treated to a question and answer session with Asha Philip, who won Olympic Bronze medal in the 4x100m relay in Rio.

Asha talked about her love of sport and encouraged young people to aim high, she said: “Though it might takes lots of hard work to achieve your goals it is worth it in the end.”

Other award winners included: Noah Williams, Olympic diver who won Sports personality of the year (under 16), Ian Bruce who won coach of the year and London Youth Games Boys Judo who took the Team of The Year (under 18) award.

Nikita Petrak, 14, who is a member of the London Youth Games Boys Judo team hoped other young people would be encouraged to join the Judo team: “I would encourage people to do Judo. Everyone in the team is really nice we would support you.”

These awards recognise the high calibre of sporting talent and coaching we have in Hackney. I would like to congratulate all the winners and nominees for the hard work and effort they invest in their sporting performances and, of course, for all the hugely important work undertaken behind the scenes. They are a credit to the borough.