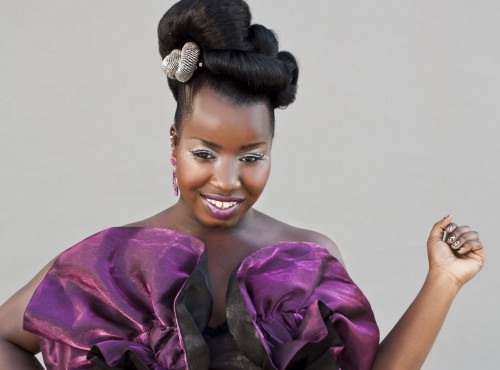 Songwriter and rapper Misha B and Hackney born rapper, J Spades are set to grace the Hackney Empire stage as special guests at the Alter Ego 2014 finals, Friday 7 February.

It will be hosted by MTV’s Kat B and DJ Louis Subsole and Alter Ego 2013 winner Emily Numutaako will also be performing. Tickets cost just £2 and some are still available from the Hackney Empire box office or from the website.

This years eight finalists will need to impress judges Matt Henry who knows what the acts will going through after appearing on the Voice in 2013. Music producer, Bless Beats and MTV and BBC presenter, Jasmine Dotiwala.

Girl group, Our Song is Contagious

The winner of Alter Ego 2014 will receive a prize package consisting of mentoring by industry professionals, rehearsal and studio time, professional makeover and photo shoot session plus a soft launch with a well-known record label for singers/rappers. The winner will be invited back to perform at Alter Ego 2015, Hackney Empire and other venues throughout the year.

Alter Ego is part of Hackney Council’s annual youth arts and culture festival Discover Young Hackney, 1 to 28 February, (#DYH14) The festival provides ambitious youngsters with a platform to showcase their talents in the performance, media and visual arts. Partnering with the vibrant local cultural and arts community, the month long festival will also provide activities offering insights into the creative industries, giving young people more opportunities to prepare for the future.

Misha B was born and raised in Manchester, she and rose to notability as a semi-finalist on the eighth series of The X Factor, after which she signed a record deal with Relentless Records. In April 2012, Misha B released a free mixtape entitled Why Hello World; it contained a sample of her debut single "Home Run", which in July peaked on the UK Singles Chart at number 11. Misha B supported American rapper Nicki Minaj on the United Kingdom leg of her Pink Friday: Reloaded Tour and was nominated as Best Newcomer at the MOBO Awards.

J Spades has been making moves on the underground with “Mash Town” for many years, but in 2011 the rapper made his biggest move with his take on the Ace Hood “Hustle Hard” song which put “J Spades” on the map.