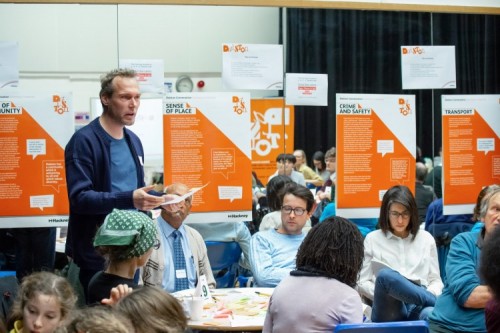 Hundreds of Dalston residents have backed Hackney Council’s plans to protect Ridley Road Market and safeguard the area’s heritage into the future after a consultation earlier this year.

The Towards a Dalston Plan report, following consultation between January and March on the key issues and objectives affecting the area as set out by local residents, shows that over 70% of respondents support the Council’s objectives for the area. The majority of respondents believe the Council understood and represented most of the issues in the consultation document.

The key issues and objectives consultation was the first stage in producing the Dalston Plan – a Supplementary Planning Document for the long-term future of the area. It follows the Dalston Conversation, the Council’s biggest ever local engagement exercise – with around 5,000 people visiting a dedicated website and hundreds more attending workshops, events and pop-up stalls to share their views on Dalston and the changes they would like to see in the area.

The issues and objectives supported by residents and businesses during the consultation included:

The Council has previously committed to using every tool at its disposal to achieve the objectives of Dalston’s communities and maximise the benefits of growth for local residents Whether that’s having a say in what the town centre looks like in the future, what kind of buildings can be built, improving public spaces, reducing the dominance of motor vehicles or ensuring everyone has access to new workspace or job opportunities.

Hackney Council has already responded to some of the concerns raised, with improved CCTV in Gillett Square, increased street cleaning and working with the Metropolitan Police on more drugs and weapons searches.

Hackney Council is proud to operate the outdoor Ridley Road Market and has no intention of closing it down – or changing its character. Traders at Ridley Road Market are benefitting from new stalls, handheld card machines, free wifi and greener and improved public spaces as part of a £1.5 million investment by Hackney Council and the Mayor of London to help them compete in a changing high street. 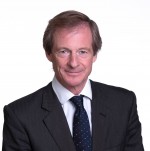 Dalston has a character and atmosphere that makes it a special place for many and in turn makes an extraordinary contribution to what makes Hackney so special. But its popularity also runs the risk of becoming its undoing, destroying all that is special and changing its character forever. Uncurated change and the new development that drives this change is not always beneficial, often only serving the needs of the few. We are committed to making sure that any change is curated and is in the interest of Dalston and all who are local residents and stakeholders.

An overwhelming majority of Dalston's residents and stakeholders recognise that the Council understand and act upon their ideas and ambitions and share their concerns for the town centre's future. As we embark on the next phase of a plan for Dalston there is the opportunity to refine the ideas from the first phase of consultation and set out to curate a Dalston that is inclusive, characterful and continue its great tradition of being a special place for special people!

Public workshops on the Dalston Plan are planned on Wednesday 16 September and Wednesday 23 September with further consultation on the draft plan to be conducted later this year, with the final Dalston Plan due to be considered by the Council’s Cabinet next year.

To read the Towards a Dalston Plan report and to find out how to register for the upcoming workshops, visit the dedicated Dalston Plan webpage.