Response to the Housing and Planning Bill receiving Royal Assent 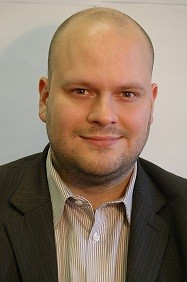 “This Act will be hugely damaging to the social fabric of inner London boroughs like Hackney. It does nothing meaningful to address the capital’s housing crisis, improve the stability or affordability of private renting, or deliver on the homeownership aspirations of residents, the vast majority of who are currently priced out of a market which all too often serves developers and overseas investors at the expense of Londoners.

“As it stands, Hackney Council will be forced to sell off hundreds of homes to private buyers and many of our tenants could see their rents skyrocket. In both these instances the money generated goes straight to the Government. There will be far fewer genuinely affordable properties built on new developments, fewer homes available for struggling families living in temporary accommodation, and the Council will end up paying millions of pounds to cover various extra housing costs.

“The Act’s content has been criticised by housing experts and providers on all sides, and it’s disappointing Government chose to ignore the many sensible amendments proposed by the House of Lords. Very few people outside of Government think the content of this Act is a credible way of achieving its supposed aims, and even fewer think it will address the housing challenges faced by boroughs like Hackney.

“Throughout the Bill’s progress through Parliament we have been working hard to influence its policies and mitigate some of the worst proposals. This has led to some improvements, but overall the Act will still have a very negative impact on many of our tenants, on our housing stock, on our ability to support families in need, and on affordability in the borough.

“We will continue pushing Government to try to ensure the finer details of the Act’s policies are worked out in ways which help address the needs of Hackney and our aspiration to keep it one of the most vibrant, diverse and dynamic boroughs in the country.”

Some of the main impacts on Hackney, as the Act currently stands, are expected to be:

More information on the Act, how it will affect Hackney, and what the Council has done to influence its policies, is available on the Housing and Planning Act section of the Council’s website.

Response to the Housing and Planning Bill receiving Royal Assent