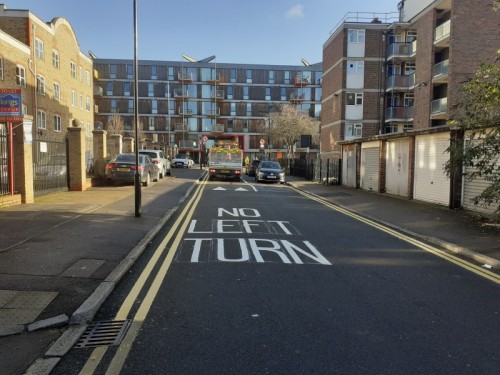 Two turning restrictions have been introduced on Laburnum Street after it became a new rat run following the introduction of the London Fields low traffic neighbourhood.

The turning restrictions will reduce traffic levels along the road, and help contribute to a safe environment around Bridge Academy.

These changes complement earlier changes to remove banned turns in the area, such as the removal of the westbound banned right turn from Whiston Road to the A10.

When we introduced the new low traffic neighbourhoods, we committed to monitoring and implementing changes wherever necessary. The residents of Laburnum Street have asked us to introduce further changes to keep traffic levels low on their street. I’m delighted that we’ve been able to respond with a comprehensive plan. I’d urge residents to continue having their say online so we can continue to monitor schemes and make improvements where necessary.

Residents can have their say on the trial low traffic neighbourhoods and School Streets at: rebuildingagreenerhackney.commonplace.is.

Feedback will be considered, alongside traffic monitoring, before any decision is made on whether or not to make measures permanent.