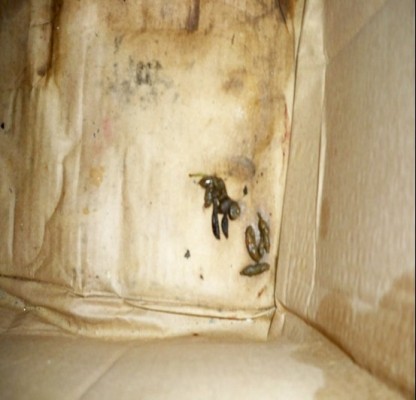 Hackney Council has closed down a Dalston takeaway due a rat infestation and a number of other serious health concerns.On 15 April, Magistrates at the Stratford Magistrates Court granted permission for the Council to close Bombay Munch, an Indian takeway on Shacklewell Lane, using a Hygiene Emergency Prohibition Order.

This legal action followed an inspection by Hackney Environmental Health officers on 13 April after a report by a member of the public.

When visiting the restaurant, Council officers were overwhelmed by the smell of rat urine from the rear room which was being used for food storage and preparation. A number of fresh rat droppings were found around the room and a box containing takeaway plastic food containers was found to be contaminated by rat urine and fresh droppings.

A heavily gnawed flour sack was also found on the floor in a food room and droppings were also found on shelving. There was no proofing against pests entering the premises and takeaway staff were using a snap rat trap in an effort to control the rat infestation.

After finding proof of an active rat infestation that posed a serious risk to health, along with a lack of personal hygiene provisions, a Hygiene Emergency Prohibition Notice (HEPN) under the Food Safety and Hygiene Regulations 2013 was issued to the food business operator, Dalston (London) Limited, requiring an immediate closure of the food business.

The food business will remain closed until all works required by the Environmental Health officers are satisfactorily completed and a certificate enabling them to trade again has been issued.

It is unacceptable for food premises to disregard their duty to protect the health and welfare of their customers. As a service, we carry out regular inspections across the borough as a matter of course and following reports from the public. If levels of food hygiene are found to be below acceptable levels, legal action is taken to ensure that people are kept safe. We would like to encourage people to come forwards and report bad food hygiene practices in order for us to investigate and take necessary action.