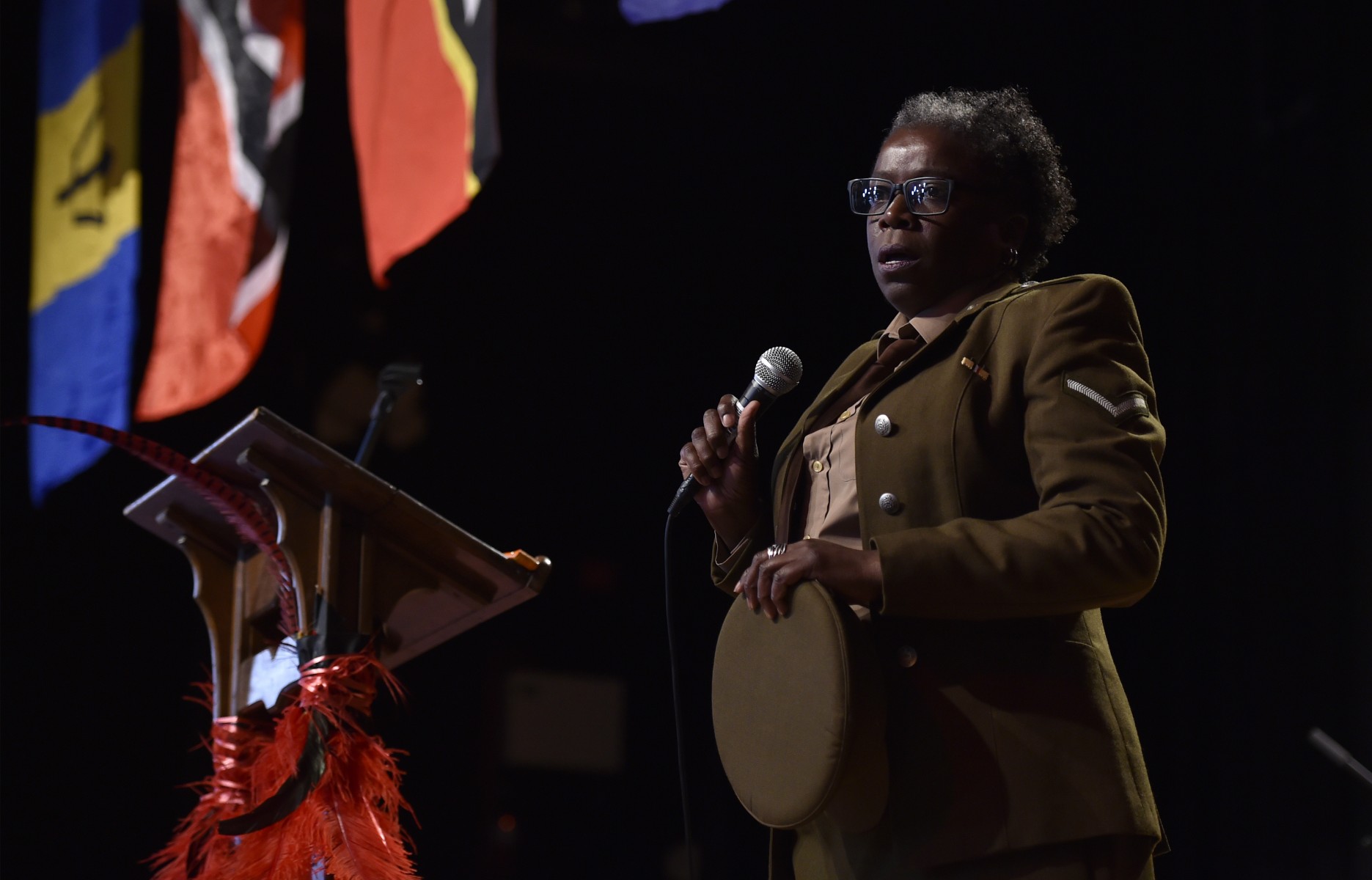 On Monday 9 March Hackney will raise the Commonwealth flag in honour of Commonwealth Day. Every year we proudly hold a flag-raising ceremony and we will continue this tradition with a gathering in the Town Hall Square from 9:45 am to hear our speaker Cllr Kam Adams read the affirmation.

Commonwealth Day is an opportunity to reflect on our position in the world; where we belong and our responsibilities as a country. At a time when many of our residents may be feeling unsettled and vulnerable due to Brexit and the Windrush scandal, this feels more timely than ever.

Our affinity with the Commonwealth means we share the collective belief of the value of diversity and the strength in unity. Being a part of the Commonwealth means looking out for one another and defending their dignity. This is why I’m defending the honour of our Windrush generation both through celebrating their legacy through our award-winning Windrush events, and standing up for them during the scandal.

A myth has emerged about who is eligible to make a claim. Some believe it is only open to those from the Caribbean, or those who came to the UK on the Empire Windrush that set sail from the Caribbean in 1948. It is true that people from the Caribbean have been disproportionately affected but people from the other 54 Commonwealth countries may also be eligible. Compensation is also open to family members such as children, grandchildren and carers and for a variety of reasons from loss of employment to the decline of mental health.

I understand that offering compensation will not undo the harm done but there are many people from non-government organisations ready to help. I urge anyone who feels they have been affected by the scandal, to contact the Windrush Taskforce. We have a lot of myths to bust and I am committed to making sure the right information is available and understood.

We are the first council in the UK to pass a comprehensive motion regarding the Windrush. As the Council’s appointed Windrsh lead, myself and Mayor Phillip Glanville will continue to press on the Home Office to address the scandal and end the imposed hostile environment policy. We have outlined the needs for the current bill to be taken further to provide a hardship fund, legal aid and outline a formal commitment to an independent enquiry. To keep up with our dialogue with the Home Office visit our Windrush page where you can also access information on how to apply to the compensation scheme.

We look forward to raising the flag in celebration of the Commonwealth on Monday, to hail our place within a family of 54 countries and remind everyone of our commitment to connecting, innovating and transforming Hackney.

The latest letters sent to the Home Secretary from Cllr Williams can be read below:

For information on how to apply to the Windrush compensation scheme