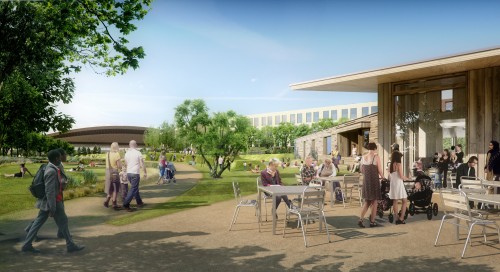 Residents will have the chance to check out Queen Elizabeth Olympic Park when it begins to open this summer, following last year's remarkable Olympic and Paralympic Games.

The north of the park will be the first area to open to the public, with a series of ticketed events throughout July including Wireless music festivals, Open East cultural celebration, Go Local, a volunteers event, and Sainsbury's Anniversary Games, which see athletics returning to the stadium.

The north of the park is located in Hackney - and from 29 July - parts of it will be open to everyone to enjoy for free, with visitors able to use the Copper Box and Timber Lodge community centre, as well as experience the parklands that proved such a hit last year.

Up to 1,800 residents will also have the chance to attend one of these events for free thanks to an agreement between the Council, London Legacy Development Corporation (LLDC) and promoter Live Nation. Some 1,000 tickets to Open East, which marks the first anniversary of the Olympic opening ceremony, were given to community groups. While a further 800 tickets to see acts including Kasabian, Bruce Springsteen, Justin Timberlake and Jay-Z, as well as athletics, were allocated to residents.

Following the excitement and pride so many people felt during the Games last summer, I want to ensure residents are able to make the most of having Queen Elizabeth Olympic Park in our borough. The park is for everyone in Hackney to use and enjoy and the Council continues to work closely with LLDC to ensure all residents are able to benefit from this new green space.

The LLDC is responsible for the long-term development, management and maintenance of the park and its facilities, and has required events organisers to put in place a number of measures to keep disruption to a minimum. Every event has its own security plan including stewards to guide crowds to and from events. Entry and exit into the park for the big events will be via Stratford to manage crowds and keep road closures to a minimum.

From 2pm on 29 July, residents will be able to enter the park via White Post Lane, with other access routes from Wallis Road opening this autumn; and the Marshes and East Way by next spring. The remaining areas of the Park will open in stages, with construction work due to be completed by next spring.