Nurseries that open at reduced capacity to help protect staff, children and the wider community from coronavirus should be given financial help by the Government, the Mayor of Hackney, Philip Glanville, and Cllr Caroline Woodley, Hackney Council’s Cabinet Member for Families, Early Years and Play, have said in a letter to Secretary of State for Education, Gavin Williamson.

Many early years providers have decided to reduce the number of children they look after - or provide part-time places - in order to ensure that social distancing is prioritised. And the letter calls on the Government to set out what financial support it will provide to ensure early years settings will not lose income as a result of these safety measures.

The Council’s own children centres have opened at reduced capacity - in some cases by offering part-time places to safely accommodate as many families as possible.

The Council is also supporting a joint campaign of early years membership organisations, including the Early Years Alliance, Professional Association for Childcare and Early Years (PACEY) and National Day Nurseries Association (NDNA), calling on the Government to: 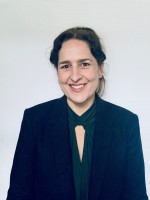 We can’t have a situation where nurseries that put safety first to protect staff and children from coronavirus lose income from the Government, risking their business and the jobs of the people they employ.

We’re calling on the Government to recognise this challenge and provide additional support to nurseries for the duration of the pandemic so they can continue to operate safely.

We support the joint campaign by early years’ organisations, which will go a long way to meeting the urgent need to protect nurseries. In addition, we are also asking the Government to commit to formally reviewing the effectiveness of early entitlement funding support and engaging with local authorities and the early years sector on establishing a funding model that fully recognises the costs of delivery.

Read the letters sent to the Secretary of State for Education: