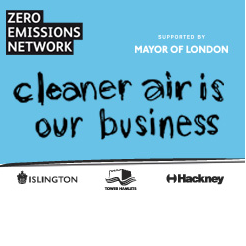 A pioneering tri-borough project to get businesses in one of London’s most polluted neighbourhoods to work greener has won a national environmental award.

The awards, which were held at the British Transport Museum, celebrate organisations that have implemented green ideas, policies and innovations to reduce carbon emissions and other pollutants.

Hackney Council set up ZEN two years ago in a bid to tackle air pollution in and around the dirty Tech City area, before expanding in partnership with Islington and Tower Hamlets councils in October last year.

The councils broker exclusive cash-saving deals, such as reduced prices on electric vehicles (EVs) and cargo bikes, for businesses who join the network, as well as providing free advice and services from travel, energy and green experts.

One of the judges, Julie Winnard, praised the project. She said: “We were impressed by how much the ZEN team had got done in such a short space of time and with limited resources. The project looked at the whole transport system, its different layers, and engaged a huge range of interesting methods to get businesses to change how they travel.”

Teresa Goncalves, Campaigns Officer at the British Lung Foundation, which has an office in Goswell Street, Clerkenwell, said: “Since becoming a ZEN member we’ve switched to using electric taxis for our journeys. Not only does this mean we can order taxis without contributing to air pollution but ZEN also negotiated a special discount with e-Connect cars which means we save 10 per cent on each booking.”

It is the second national award for ZEN, which won the Special Judges Award for Community Innovation at the National CSR [Corporate Social Responsibility] Awards earlier this year. 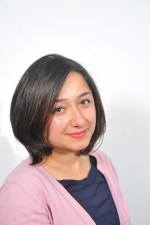 I'm delighted that we have once again been recognised for our ground-breaking green initiative. Hundreds of businesses are benefitting from the deals and hands-on support and advice we have been giving them, which are designed not only to benefit those working in the area, but to improve life for residents and visitors too.

Cllr Claudia Webbe, Islington Council’s Executive Member for Environment and Transport, added: “At Islington we’re committed to tackling air pollution and so we are pleased that our partnership work with Hackney and Tower Hamlets through the Zero Emissions Network is being recognised with this award. We look forward to working with more businesses to help them improve their green credentials, save money and improve the air we all breathe.”

To learn more about ZEN,