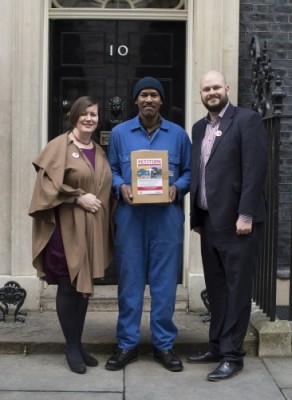 A delegation of politicians and independent traders have today handed in a 10,562-strong petition to Downing Street calling on Government to provide more support for businesses facing huge rate hikes next month.

The petition was launched last month by the East End Trades Guild and Hackney Council, and supported Tower Hamlets Council. It calls on Prime Minister Theresa May and other Government Ministers to halt implementing the new valuations until they have committed to:

● Devolve the operation and setting of London's business rates to London’s government so they better suit the challenges of the Capital.

Hackney, where the ‘rateable value’ of some premises has more than doubled, is the most severely affected borough in London. It has an average rateable value increase of 46% – five times the England average. Thousands of businesses in the borough are expected to face bills thousands of pounds higher than they pay now.

Compounding this is that many businesses which previously qualified for small business rates relief will no longer be eligible because their property value has risen so much.

The sheer severity of the impact on areas like Hackney is unjustifiable if you have any care for the social, cultural or economic fabric of their communities.

“As these thousands of signatures attest, it is simply not right that thousands of businesses could be priced out of their communities - regardless of their history, what they sell, who they serve - simply by virtue of their postcode, just because the bricks and mortar around them has doubled in price.

“Diverse and enterprising business communities, from established family businesses to innovative start-ups, are the cornerstone of vibrant and enterprising areas like Hackney. Currently thriving high streets and business clusters across London are at real risk of sliding into stagnation, forcing relocation instead of expansion, and replacing job creation with unemployment and empty buildings.

“Businesses across the country have made it clear to Government that its current proposals have not been thought through. Ministers have since committed to bring in extra support in tomorrow’s Budget for areas disproportionately affected. Hopefully these measures will be of meaningful benefit in the short-term, and we can then turn our attention to longer term reform of the Business Rates system which is currently unfit-for-purpose in London.

Meg Hillier MP said: “Small businesses are the lifeblood of our communities, but hundreds of Hackney’s small and independent shops will be put at risk of closure by the Government’s plans to hike business rates. This is the biggest onslaught on small businesses that I have seen in my lifetime. The Prime Minister and the Chancellor must listen and work with businesses.”

Across London, businesses are facing £900m hike in their rates, with more than 7,500 expected to see a 42 per cent rise in their bills this April.

Mayor John Biggs said: “These astronomical business rate rises will cause untold harm to our high streets by punishing businesses in the East End.

“The Chancellor must understand the devastating impact these rises will have, potentially forcing some businesses to close. We need the government to recognise the pain they are inflicting and to suspend the rate rises until they have taken proper steps to protect those small and medium businesses who are worse affected.”

A copy of the online petition is available here.

Cllr Guy Nicholson, Hackney Council Cabinet Member for Planning, Business and Investment, wrote to the Chancellor Philip Hammond in November about the impact of business rates revaluation in Hackney. The letter is available here. 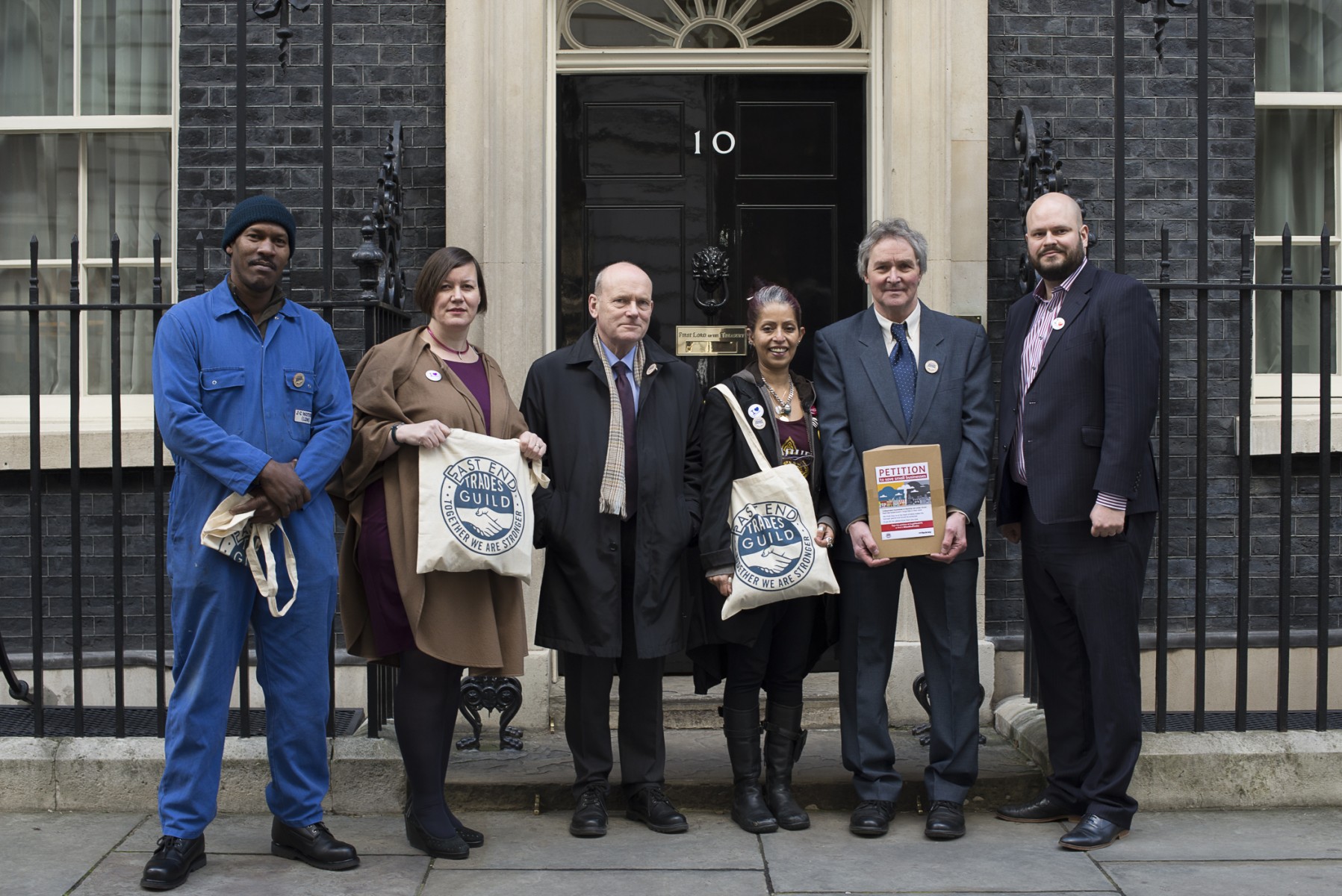