The first batch of Hackney Recycling Rewards winners have been announced, with £100 given to 44 winners and £40 to 103 runners-up.

They are the first winners of quarterly prizes handed out to residents who recycle the most in their area.

Over 16,000 residents have already signed up to the scheme since it launched last October. As part of the scheme, the Council measures the amount of rubbish and recycling produced by each of the borough’s 21 wards. When a ward recycles more and wastes less, all of its members earn points. Every three months, 147 vouchers are given out to those members who have earned the most points.

All households can participate in the recycling rewards scheme, residents just have to activate their free accounts to get started.

Members can also vote and win money for local charities, as well as using a membership card or app for offers and discounts in over 100 local shops.

Congratulations to the winners. I hope they encourage their friends and neighbours to sign up, as we are keen to reward residents to get an increase in recycling. We need to spend less money on disposing rubbish so we can continue to pay for other important services like cleaning streets and maintaining parks.

A word from our winners 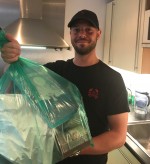 It was a great pleasure to hear that I’d won a voucher as I take great pride in recycling. My motto is ‘recycle, reuse’, and this incentive to encourage recycling is a great idea. 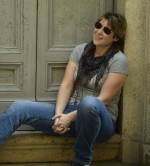 I’m so glad to be a part of Hackney Recycling Rewards, not only have I won a voucher, but it also feels like I have been able to make a real difference. It’s definitely something that anyone can get involved in and I’d encourage everyone to do just that. 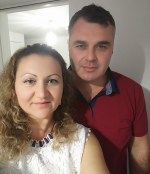 I feel so lucky to have won a voucher, but we do try to do as much as we can. I like to get the whole family involved in recycling – even my three-year-old daughter asks which bin she needs to put things in! 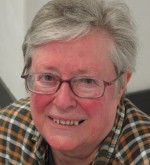 Winning a voucher has been a wonderful surprise, especially as I'm a pensioner on a low income. I was brought up to reuse and recycle as a matter of necessity – which soon became a habit! It is really easy to recycle in Hackney and this scheme is just another reason to get involved. 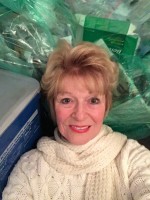 I joined this scheme because recycling is something that I feel is important for us all and the scheme is so well presented. I try hard to get it right (the green mixed recycling sacks make it very clear what should go in them, which is a great help) so I was delighted to hear that I had won a voucher. My friends outside the Borough are really impressed at the service we get and envious too.