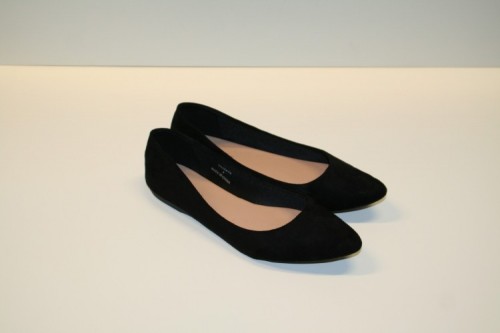 The flat shoes that helped make a stand for female workers will go on display at Hackney Museum today.

Six months ago, Hackney Resident, Nicola Thorp was sent home from work, without pay, for refusing to remove her flat, black shoes and put on high heels.

The company which ran the reception at the City firm had a “female grooming policy” which insisted female colleagues wear shoes with a heel height between two and four inches.

Nicola, 27, decided to make a stand for female workers and started a petition calling for a change in UK law to make it illegal for employers to require to women to wear high heels to work. This petition has since gained over 148,000 signatures and is scheduled to be debated in parliament.

In advance of the parliamentary debate, MPs have lent support to the campaign, Nicola also attended a Parliamentary inquiry on the 28 June to give evidence in support of the change in legislation.

To coincide with the parliamentary inquiry, Nicola Thorp has donated her shoes to Hackney Museum’s collection.

These are now on display in the Museum on Reading Lane.

For more details on the museum and information on how to get there please visit: www.hackney.gov.uk/museum.