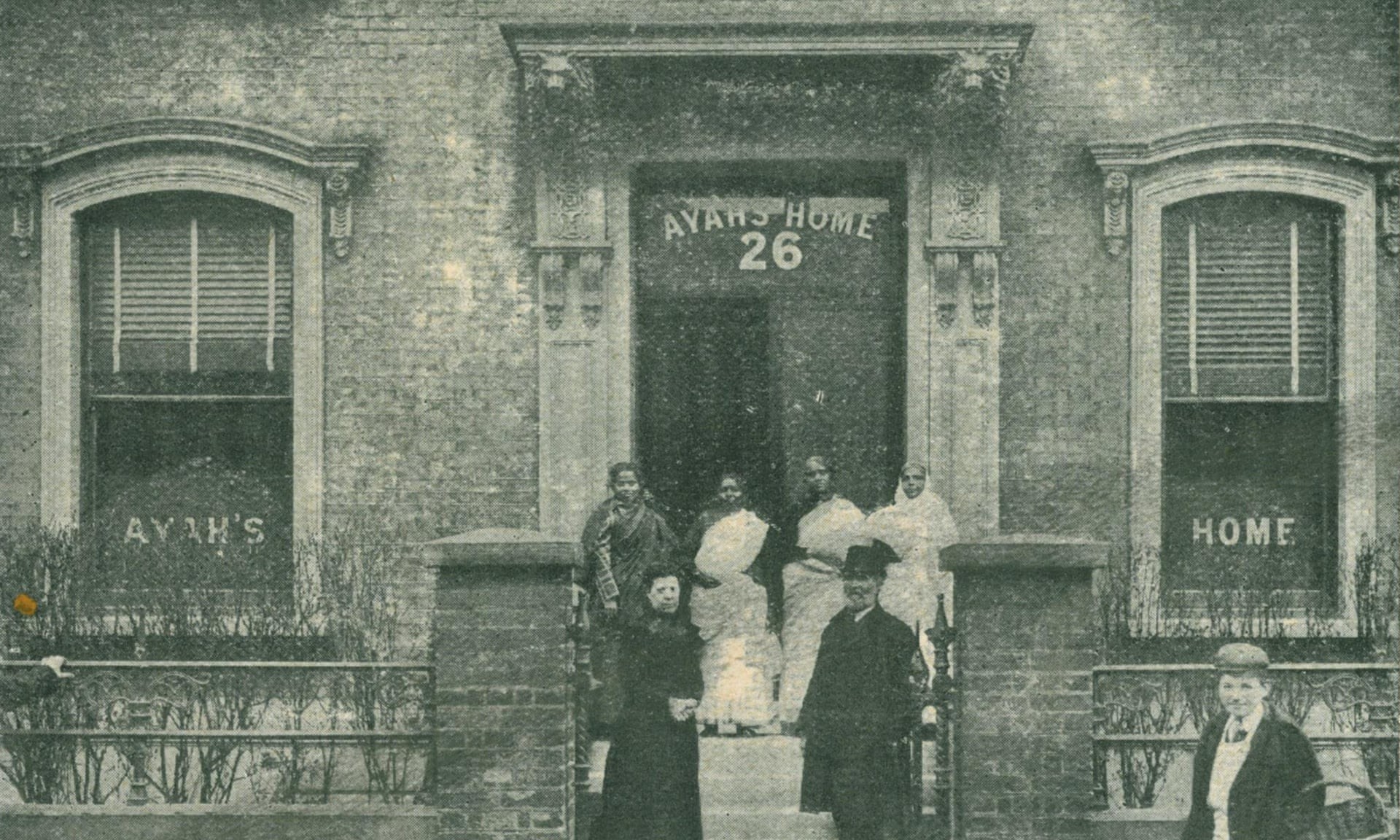 A temporary exhibition and talk at Hackney Museum reveals new information about the history of the Ayahs’ and Amahs’ Home in Hackney, and the experiences of the many women who lived there.

Between 1900 and 1941 Hackney was home for Chinese amahs and South Asian ayahs who were employed to look after children in British households during the colonial period in India, China and Southeast Asia. While this practice was common across Asia, many of these women also travelled with their British families to Australia, Britain and continental Europe.

The Ayahs’ Home at 26 King Edward’s Road in Hackney was run by the London CIty Mission and provided shelter to around 90 women a year from Asia and operated like an employment agency. It moved to 4 King Edward’s Road by 1921, changed its name to the Ayahs’ and Amahs’ Home and continued to broker opportunities for the women living there to travel back to Asia with British families.

This exhibition at Hackney Museum will help keep alive the memory of the Asian working-class women who were key workers of their time. We are delighted that the building at 26 King Edward’s Road will also deservedly be awarded a Blue Plaque by English Heritage. The Ayahs’ Home is a fine example of the borough’s reputation for providing a welcoming and safe refuge for people from all over the world, and we invite visitors from Hackney and beyond to learn more about these fascinating women and their lives.

The talk will begin at 5.55pm on Thursday 16 June 2022 at Hackney Museum, 1 Reading Lane, E8 1GQ.  All free tickets for this event have been sold, but some spaces for walk-ins may become available on the day due to last minute cancellations.

Visit the free exhibition, ‘Ayahs and Amahs: Asian and Chinese Nannies in Hackney’ at Hackney Museum between 16 June - 27 August 2022.

Find out more about Hackney Museum.

Visit the English Heritage site for more information on Blue Plaques awarded in 2022.