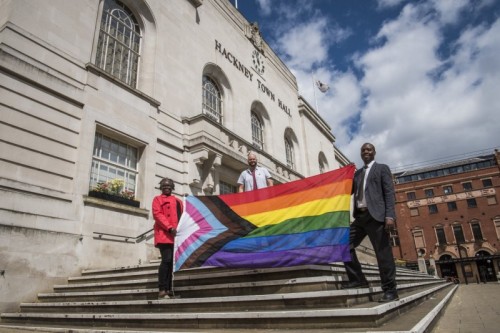 Hackney Council has urged ministers to mark LGBT+ History Month by reforming the legislation which allows trans people to amend their birth certificate, creating a ”kinder and more straightforward” process, similar to that of Ireland or Argentina.

In a letter to Women and Equalities Minister Liz Truss, Mayor Philip Glanville and Cabinet Member for Equalities Cllr Carole Williams called for urgent reform of the Gender Recognition Act and the need for trans people to apply for a Gender Recognition Certificate, which respondents to the Government’s own consultation have called “unnecessarily bureaucratic, stressful and dehumanising”.

The consultation in 2018 provoked a strong response from the trans community, and the Council supports calls for a system of self-declaration, including a statutory declaration, similar to that of EU countries. So far, the Government has only proposed minimal, non-legislative changes.

In the letter, Mayor Glanville and Cllr Williams wrote:

“While the Gender Recognition Act 2004 was considered ground-breaking back in 2004, it is very clear that it has now become outdated and is in urgent need of reform.

The Government’s minimal proposals fail to meaningfully reform the Gender Recognition Act and achieve the Government’s intention to make the process ”kinder and more straightforward” for applicants.

Hackney is proud to be a diverse borough in which people of different genders, nationalities, ethnicities and sexualities are proud to call their home. However, we also recognise that we can never afford to be complacent, especially with the national rise in transphobic and other hate crimes, if we are to maintain a reputation for an open, inclusive and tolerant borough.”

The calls are part of the Council's work to celebrate LGBT+ History Month which include raising the inclusive flag across the Town Hall. The Council will also promote the valuable work of Hackney’s LGBTQI+ organisations and highlight relevant authors, artists and creatives across its Archives, Library and Museum platforms.

As part of the Council's ongoing commitment to diversity and equity, work is being undertaken to ensure trans, non-binary and gender diverse inclusion is enhanced and embedded across the borough