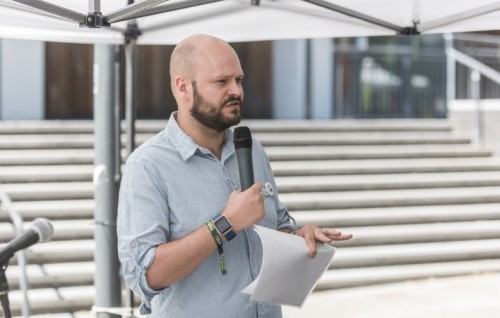 The Mayor of Hackney has called on the Government to revert to teacher-assessed A-Level results and drop the algorithm that has disproportionately affected disadvantaged pupils, ahead of GCSE results day this week.

They said: “On results day last week we visited a number of local schools and colleges, and witnessed first hand the impact downgrading has had on local students and these local institutions. Young people who worked so hard and were devastated to learn they would not be able to sit their exams were reassured that they would be assessed fairly, based on their work leading up to the end of their A-Level courses. However, they have been betrayed by a system, which nationally has seen some 40% of grades marked down, and that seems designed to punish pupils according to which school or college they go to and that institution's recent history.

“For example we met one young woman at a local college who was devastated to learn she would be unable to go to her first choice of LSE as a result of the downgrading from her teacher-assessed and mock exam grades. Her story is just one of many shattered dreams across Hackney, and the country, with many more young people emailing us and our local MPs all the time with their own experiences.”

They go on to highlight how the methods used to calculate grades disproportionately affected pupils from particular schools: “On the data received so far, we think that disadvantaged students have been significantly disproportionately affected by the algorithm with students who were at the lower end of the compulsory rankings have been disproportionately downgraded.The eleventh hour inclusion of mock grades as an additional criteria has been ill thought through, and is likely to be of very little benefit to this cohort, nor will they potentially benefit from the late offer from the Government to retake exams in the Autumn. AS grades have been included in the offer for students in Wales, but not England.

“Schools and settings with lower entrance criteria for courses, which we know have been making great improvements over the past two years from a low base, have not been justly rewarded or recognised. These schools or colleges who do so much locally to improve outcomes and create opportunities often take young people with lower GCSE grades, but have been unfairly penalised because of the way the prior attainment factor has been used in the algorithm. The methodology chosen has lowered grades significantly and also operated unevenly within the same setting, potentially having the biggest impact on the most disadvantaged.”

They go on to call on the Government to revert to teacher assessments: “This Government failure is going to have a disproportionate impact on disadvantaged students across the country and will affect some of the most hard working Hackney young people. We have a high number of families living in poverty. This is in particularly stark contrast to the fact that A grades at private schools are up significantly more than at state schools or colleges who have been hit the hardest. This is clearly unfair. We call upon the Government to revert to centre assessed grades, working with those boroughs and institutions hardest hit. Young people already disadvantaged by social circumstances should have not been so unfairly downgraded, and we look forward to hearing from you in relation to these concerns and how the Government intends to remedy them.

“We also want to urgently understand how you and the Government plan to put right what went wrong with the A-Levels process in time for the GCSE results being announced on Thursday. We owe it to this group of young people to do what is right, and give them a fair start in life.”