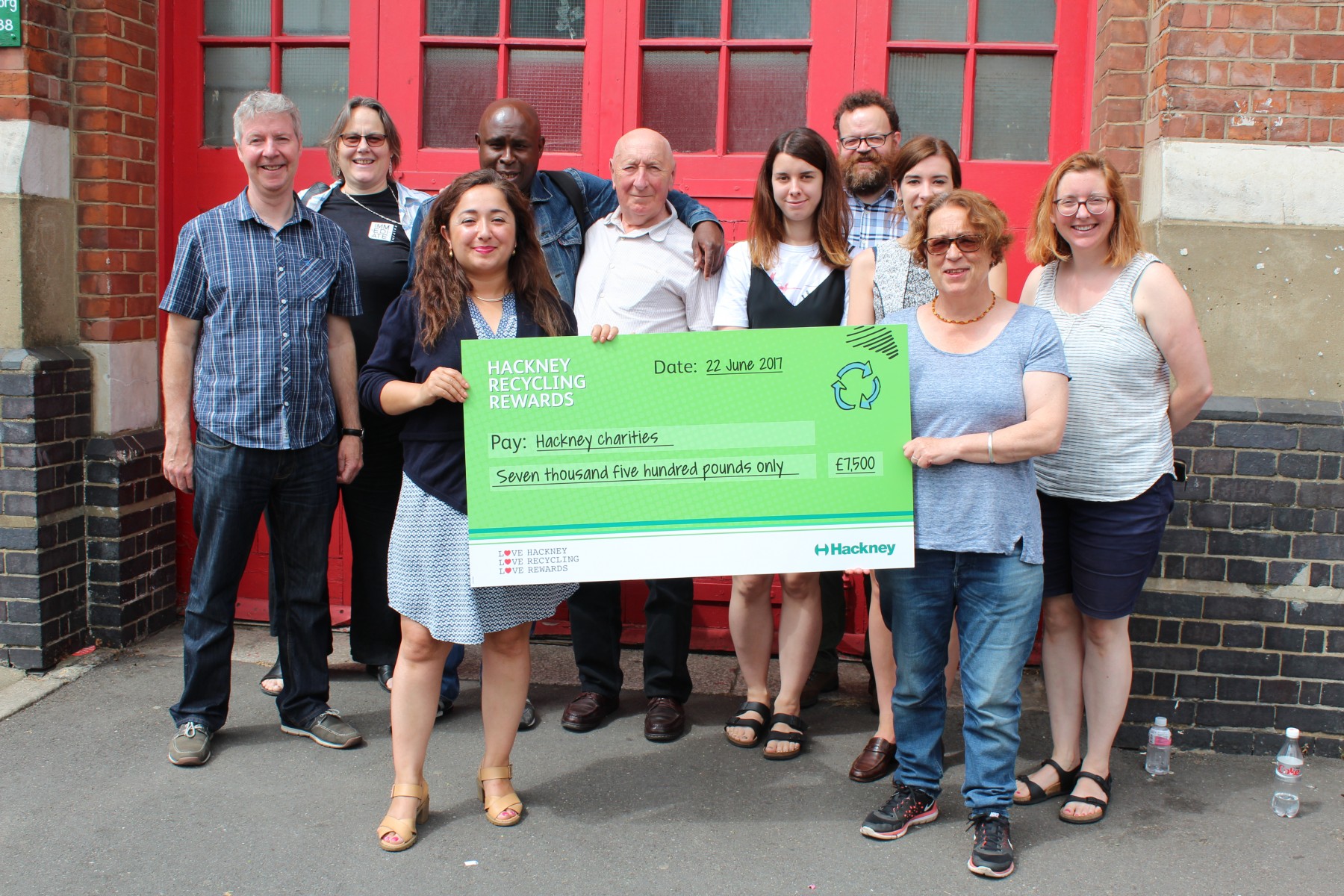 Local charities were last month presented with £7,500 from local residents in Hackney who have used Hackney’s Recycling Rewards scheme to recycle their household waste.

The scheme, which rewards residents and wards who recycle the most, allows residents to build up points for recycling, which go towards discounts in local shops, and gives residents the chance to win cash prizes every quarter. Participants also vote for their favourite local charities, who, this year, will share the £7,500 raised.

This year, most residents voted for the Hackney Migrant Centre, which received £3,500, followed by St Mary’s Secret Garden, which received £2,000 and The Sharp End, which received £1,000. In fourth and fifth place were Headway East London and Immediate Theatre, who were awarded £500 each.

The money was presented by Cllr Feryal Demirci, Hackney Council Cabinet Member for Neighbourhoods, Transport and Parks, in an award ceremony with representatives of the winning charities.

We are really happy with the scheme so far. This is its first award ceremony, and it is wonderful to see so many local causes benefitting from donations, and residents being motivated and engaged in reducing their household waste.

We are so grateful for the recognition we have received and want to thank everyone who voted for us, it really means a lot. The donations will allow us to continue to offer much-needed support to asylum seekers, refugees and migrants.

Since October 2016, when the scheme was launched, 30,000 households have joined. It’s free for residents and local businesses to join. Sign up now at www.hackney.gov.uk/recycling-rewards or over the phone on 020 7326 5055.