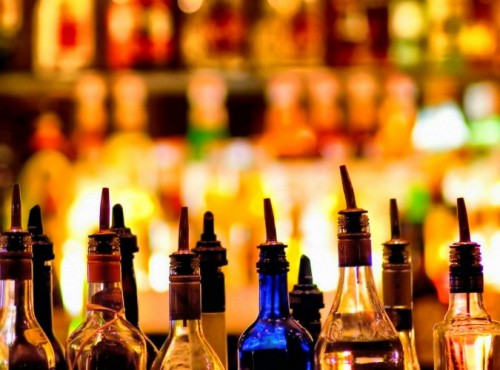 Hackney Council and Hackney Police are asking residents and businesses what they think of proposals to introduce a late night levy on premises serving alcohol between midnight and 6am.

The Council wants to help support and sustain the borough’s nightlife, which has made a valuable contribution to wider cultural and economic growth - however it has also had an impact on public services, with increased levels of anti-social behaviour, crime, noise nuisance and litter. Responding to these issues creates an extra cost for the Council and Police at a time when budgets are already extremely stretched.

The Levy is expected to raise around £362,000 per year, which would go towards the costs of managing the late night economy, including a contribution towards the £1.4m cost of policing and community safety.

The Police Reform and Social Responsibility Act 2011 gives licensing authorities the power to charge a late night levy to businesses selling alcohol after midnight. The levy is set at a national level by central government, based on a premise’s non-domestic rateable value and, for existing premises in Hackney, would vary from £299 to £1,259 per year.

Around 40 businesses in Hackney already take part in a voluntary scheme, raising around £56,000 per year. This voluntary Levy has helped to fund additional patrols by community safety wardens on Friday and Saturday nights in Dalston and Shoreditch. The service has been well-received by residents and central to addressing anti-social behaviour.

Hackney has studied the success of the Levy in Islington which, since its introduction in November 2014, has supported a 17% reduction in alcohol-related crime between midnight and 8am. The Islington Levy has funded a dedicated Police Sergeant to act as a night time economy coordinator and a dedicated Police Constable to work on operational night time activities and lead on day time follow-up and engagement activities.

Borough Commander, Detective Chief Inspector Simon Lawrence, said: “I am proud to be the Borough Commander for Hackney Police. Our mission is to prevent crime and keep people safe. Hackney is a popular and vibrant place to visit and socialise and we dedicate resources specifically to the night time economy to work with the key partners and keep the area safe. With limited resources this is becoming more difficult to achieve – especially with late night licenses that run into Bank Holidays as officers are entitled to a premium payment should they work beyond 7am - so I would welcome extra funds in order to help keep Hackney a safe place to live, work and enjoy.”

We’re proud of Hackney’s reputation as one of London’s best places for a night out, and we want to protect and support these venues which make our borough unique. However, the huge number of late night venues in Hackney means the Police and Council face a hefty bill for responding to noise complaints for residents, anti-social behaviour and clearing up litter.

With ever-shrinking budgets, we need to find a way to ensure the our night life can continue to operate safely, so we’re considering looking to these businesses for a contribution towards making sure their customers can enjoy a safe night out and their neighbours and surrounding community doesn’t suffer.

Cllr Guy Nicholson, Cabinet Member for Planning, Business and Investment, said: “Hackney’s entertainment and hospitality sector has put the borough on the map and continues to attract growing numbers of visitors. The Council’s objective is to work closely with our local businesses to help them grow and thrive in these uncertain economic times. The recently signed 15-year lease with Village Underground to help secure their future in Shoreditch is one example of how the Council can set about supporting our local businesses.

"The aim of a Late Night Levy is to ensure that public services can support a successful night time economy alongside helping to mitigate the impact on local residents and ensure that visitors enjoy their visit to the borough, returning time and again to enjoy what Hackney’s businesses have to offer.”