Hours cut at The Dolphin to tackle theft 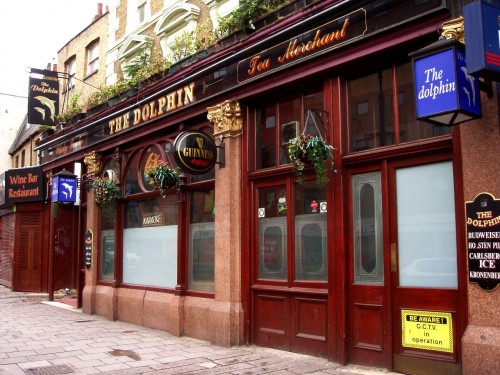 Hackney pub The Dolphin has been told to reduce its opening hours after complaints from the Metropolitan Police about crime levels at the venue.

The Police called for a licensing review after The Dolphin topped the table, having the highest number of reported crimes of any venue in the borough in recent months.

Licensing committee members reduced the pub's opening hours from 4am to 1.30am after hearing from Police that 80% of crimes took place after 1am.

The Dolphin's managers also offered to limit the capacity of their outside smoking area and fit a noise limiter following complaints from local residents.

We're aware that The Dolphin is a very popular pub and that some people will be very disappointed that it will be closing earlier, this decision was not taken lightly but was taken in order to reduce crime and the impact on local residents. Although in recent weeks managers at The Dolphin had made some efforts to tackle the disproportionally high levels of theft at the pub, it was clear that the Police had lost faith in the licensees and their commitment to stick to the terms of their licence. It would seem that organised criminals had been attracted to the venue as easy pickings with the majority of crimes happening in the early hours of the morning and in this case it was necessary to limit the opening hours in order to combat crime.

Over the last three years crime at the venue has continued to increase with theft being the most common incident. Figures for 2012/13 show 92 reported incidents at the Mare Street pub, an increase of 104% on 2011/12.

Sergeant Guy Hicks from the Police's licensing team had pointed to other breaches of the venue's license, with loud music played late at night during a police visit three days before the review hearing. Complaints made to the noise pollution team and letters to the licensing review from local residents highlighted concerns about noise from the local community.

Sergeant Hicks also read out tweets from The Dolphin's Managers advertising "£1 a pint" drinks offers on Twitter just days earlier despite an agreement not to run drinks offers.

Hours cut at The Dolphin to tackle theft
Newsroom