Have your say on future uses of Stoke Newington Town Hall 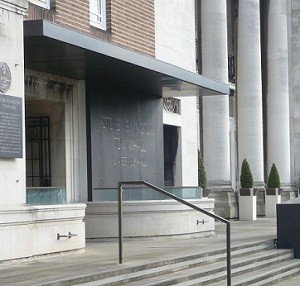 Work space, housing, a restaurant, performance and exhibition spaces are just some of the proposals being considered to breathe new life into Stoke Newington Town Hall and Library.

The core functions of the buildings – the Council Chamber, which is used for weddings and celebrations, and the library – will remain, but it is hoped the new additions will make better use of these important, but under-used, public buildings and also raise money to contribute towards vital maintenance works and securing their future as public facing buildings.

The Grade II listed Town Hall and the Library are some of the borough’s key landmarks, but many parts of the buildings are vacant or underused. The buildings are becoming increasingly expensive to maintain. In recent years the Council has spent over £5m refurbishing them and it is estimated that a further £10m will be needed to protect and maintain these important community assets.

Residents are now invited to have their say on plans for the future use of the historic buildings. This follows an initial public consultation in October 2016 to gather ideas, which are being considered in this phase of the consultation. These proposals are all subject to planning and/or listed building consent but residents’ feedback will help shape a Planning and Design document, which will guide the future development of the Town Hall campus.

Suggestions include introducing workspace and/or studios and non-residential uses such as a health clinic or specialist education centre on the first and ground floors of the Town Hall building, which currently house vacant and underused offices.

The Assembly Hall and adjoining rooms could either be retained as they are or be converted to be used as a performance space or conference space. The Data Centre and Civil Defence buildings to the rear of the site could be refurbished or redeveloped to accommodate much needed housing or office space.

The Library will remain as it is, but ‘click and collect’ retail lockers could be introduced into the foyer. The former Reference Library is currently used as a storage facility for the Community Service Library – this could be moved elsewhere, and the space used to either extend the current library or introduce a restaurant or café.

Stoke Newington Town Hall and Library have long been recognised as important landmarks in our borough, but many parts of these elegant buildings are underused and need work done to keep them in good order. Now is definitely the right time to breathe new life into the buildings and secure their long term future.

The Council received some great ideas from residents and local businesses about how we could make better use of the buildings, and this feedback has been incorporated into the next stage of the consultation process. The Council is keen to hear from as many people as possible as it works towards producing a Planning and Design Guidance document which will guide the future development of these historic buildings and help protect them for future generations.

To have your say, pick up a copy of the questionnaire at Stoke Newington Library or complete one online at www.hackney.gov.uk/spd

The consultation is open until 14 August 2017

Drop-in sessions, for residents to speak to the Council’s planning team about the consultation, will be held at Stoke Newington Library on:

Have your say on future uses of Stoke Newington Town Hall