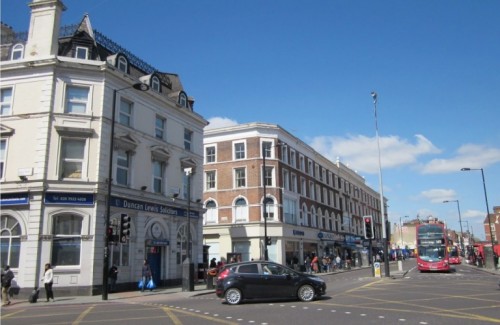 Hackney residents are being invited to have their say on two Conservation Area proposals for Dalston Town Centre and Albion Square.

The proposals from the Council will help to preserve and enhance the character and appearance of these two locations as areas of special architectural and historical interest.

The first proposal is for a new Dalston Conservation Area which is centred on one of the oldest Roads in Britain, the Roman Ermine Street, now known as Kingsland High Street. Built as a shopping street, many of the buildings are Victorian and Edwardian, including long rows of purpose built terraces. The proposed area will stretch from Tottenham Road in the south to Somerford Grove in the north.

The proposals for Albion Square detail a small extension to the existing conservation area boundary to include the Victorian, Queensbridge Primary School.

Consultation for both proposals is open from 13 April to 25 May. A number of informative, community drop-in sessions will be held in local locations and information will be made available in libraries, online, and directly from the Planning Team.

I would like to encourage Hackney people to come forward and have their say on these two Conservation Area proposals. There are many different ways to get involved and our Planning Team are keen to gather as many comments as possible from Hackney’s communities.

Conservation Areas are important in preserving the borough’s historic past, which includes its architecture, whilst encouraging new development to use materials and design in keeping with the area’s heritage and built environment.

Following consultation, the proposals will be reviewed based on the comments received. The Conservation Areas and Appraisals will be discussed at a Cabinet Meeting later in 2015 where a decision will be taken to grant Conservation Area status on the areas around Kingsland Road and Albion Square.

For more information about conservation areas in Hackney, please visit the Conservation Area page on the Hackney Council website.