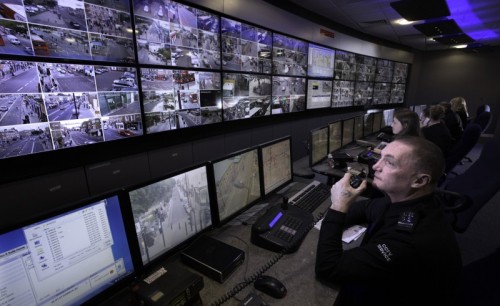 Hackney Council has one of the most sophisticated CCTV operations in the country, and this week (July 30), the revamped CCTV Control Centre was officially reopened.

The updated centre has 18 wall screens and 22 computer screens. It now boasts new command and control systems giving the CCTV operators better control of the cameras so they can zoom in quicker. The quality of the images has improved to help identify suspects more easily. Enhanced GPS radio tracking helps to better ensure the safety of people using the council’s radio system. The Automatic Number Plate Recognition alarms have been enhanced to assist in tracking a wide range of suspects from domestic abusers to terrorists.

CCTV can access approximately 2900 cameras, images from these are continuously monitored by up to four CCTV operators, 24 hours a day, all year round. There are also 13 re-locatable cameras which can be moved to hotspots around borough. Hackney’s Wardens also wear body cameras that can be monitored in the control centre.

Hackney’s CCTV team has been making a real difference to the borough for over twenty years. CCTV plays a vital role in helping the police solve crimes and in bringing perpetrators to justice, it can also help residents feel safer when they are out and about in the borough.

Partnership working with the police is crucial to the success of the unit and police officers are permanently based at the control centre in Stoke Newington.

Since opening back in 2003, 174,473 incidents have been caught on camera and CCTV has been used in connection with 27,281 arrests in Hackney, ranging from traffic accidents and suspicious behaviour to robbery and possession of firearms. CCTV evidence has also proved crucial in murder, rape and kidnap investigations. The CCTV team has also helped find 688 stolen vehicles worth an estimated £4,132,758.

CCTV has overseen many major incidents and events including the 2011 riots, the Olympic Games and torch relay, and the Amhurst Road building collapse. In total, the Council has downloaded over 169,687 hours of recordings, many of which have been used as evidence in a variety of cases.

The first control centre was in Hillman Street before its move to the current control centre in 2002.As well as the Police and Fire Service the Council works closely with a range of partners including Sanctuary Housing, Newlon Housing, Peabody Housing Association, Homerton University Hospital, Transport for London and Network Rail.