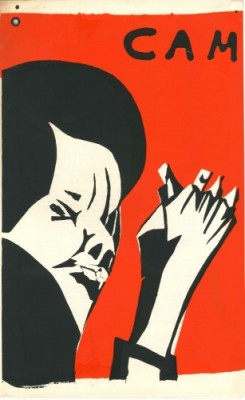 A new exhibition at Hackney Museum explores people power, migration and politics as part of the borough’s Black History Season 2016.

From the cosmopolitan art scene of the Caribbean and the politics of protest in 1960s Britain, to the radical use of literature and social spaces in the latter half of the 20th century, the exhibition looks at aspects of Black British art in Hackney over the last 50 years.

Hackney has a long history of migration and settlement. Each new community has enriched the area, leaving its mark and inspiring future generations. Since the 1960s the area’s cheap housing attracted both early career artists and recent migrants, creating a unique environment of creativity and inspiration.

The exhibition focuses on the influence of migration, generational identity, and societal racism on Black British art. It also looks at the impact of these factors on grassroots organisations and those who worked hard to help drive social change through direct action and creative projects.

Through film, photography, historical objects and shared memories, visitors can see how African and Caribbean heritage influenced and helped shape the landscape of arts and culture and uncover the generational experiences of identity, and the rise of multiculturalism in Hackney.