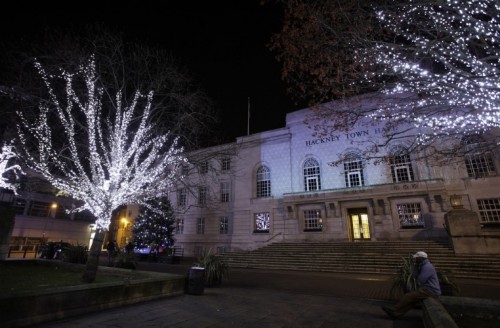 The countdown to Christmas in Hackney is set to kick off on 1 December - as stars from the Hackney Empire panto switch on the Town Hall Square Christmas lights.

Residents are invited to join in the celebrations on Sunday 1 December from 4pm - 5.30pm.

Stars from Hackney Empire’s Dick Whittington And His Cat pantomime will rally the crowds alongside Hackney’s Pantonic Steel Orchestra, who will use the Town Hall steps as centre stage to perform steel pan performances of Christmas classics. Tropical Isles - one of the borough’s best known Carnival groups - will bring sparkling performances for all the family.

Adding to the yuletide cheer will be the New Wave Federation Choir (children from Grazebrook, Shacklewell and Woodberry Down Community primary schools), Hackney Empire Community Choir, and Cuban choir Coro de Clave - named after the communal singing proliferated in black communities of western Cuba between 1800s and 1920.

The children at Morningside are delighted to be taking part in the Christmas lights event. They have invited their families and friends and are very keen to show off the beautiful lanterns that they created with a local artist.

The whole school community has been encouraged to attend and we are proud to be taking part in this special event.

Event times are as follows:

5pm: Panto characters do countdown to switch on