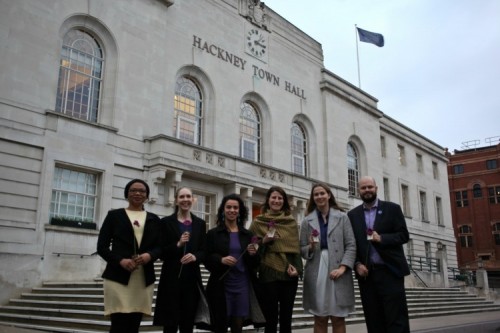 Hackney Council is supporting Standing Together’s Blooming Strong campaign by presenting a variety of women across the borough with a single flower, and signposting residents to Hackney’s domestic abuse support services.

The Blooming Strong campaign celebrates the strength of women who have survived gender-based violence and aims to encourage others that they also have the strength to survive, leave, move forward and recover from domestic abuse.

The campaign coincides with the International Day for the Elimination of Violence Against Women on Saturday 25 November and the following 16 days of activism calling for an end to the violence and abuse that affects an estimated one in four women in her lifetime.

Tackling domestic abuse and eliminating violence against women is one of the Council’s top priorities. There will be a number of events in Hackney aiming to raise public awareness throughout the 16 days of activism which ends on 10 December, Human Rights Day.

It is a shocking fact that in England and Wales seven women a month are killed by a current or former partner. Violence against women in London also paints a bleak picture. In 2015 the Metropolitan Police Service recorded that 25% of all violent crime in the capital was domestic abuse. 29% of recorded rapes were perpetrated as part of domestic abuse.

The Council works across directorates and in many different ways to tackle gender-based violence in the borough. The Domestic Abuse Intervention Service works closely with Council colleagues, the police, health services and 3rd sector partner agencies to protect victims of abuse and bring perpetrators to justice as well as raising awareness across professional networks about how to recognise and respond to abuse. 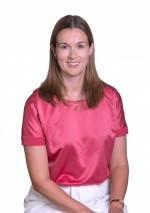 Hackney Council has a zero tolerance approach to gender-based violence and is clear that there is no space for violence against women and girls in Hackney.

We take a holistic approach to tackling domestic abuse, working closely with victims of abuse, partner organisations and women's charities to help end the cycle of abuse.

It can be very difficult for people to tell others that they are suffering. By presenting a variety of women with a single flower, we want to encourage victims of domestic violence to know that they have the strength and resilience to survive, and that when they’re ready, we’re here for them.

The Council, Homerton Hospital and third sector partner agencies, will be hosting a series of events to coincide with the 16 days of action – details of which are below and published on the Hackney Council website.

If you are experiencing domestic abuse you can contact Hackney Council's Domestic Abuse Intervention Service directly, or ask someone such as your health visitor, doctor, housing worker or social worker to refer you. If you are not ready to provide your details, the service is still happy to speak to you about your experiences, explain any limits on confidentiality and offer information and advice. You can also contact the service if you are using violence and abuse and want to get help to stop your behaviour. You can contact the team on 020 8356 4458; dais@hackney.gov.uk or visit www.hackney.gov.uk/domestic-violence. Anyone needing help or support can also contact the 24-hour free national helpline on 0808 2000 247. In an emergency always call 999.

Find out more about domestic abuse and local services: