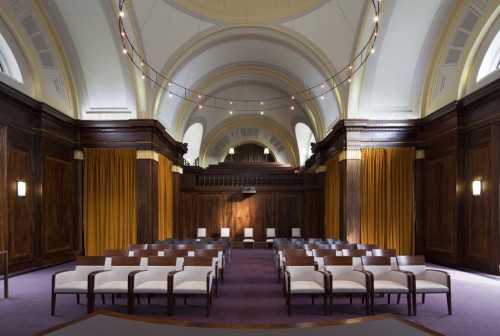 Hackney Council’s registrars are hoping to perform one of the first same sex marriages in the country, after being granted permission to host a ceremony one minute after equal marriage becomes law.

The team has received a number of enquiries about weddings, but the historic ceremony  remains available.

From 29 March, same sex couples will be given the same rights to marry as heterosexual couples, and to mark the occasion the Council is hoping that a couple will come forward to celebrate their marriage at one of its venues at a rather unconventional time – one minute past midnight.

The registrars can marry people in any of the borough’s licensed venues, including the Council’s own stunning venues -  the refurbished Hackney Town Hall, Stoke Newington Town Hall and Clissold House.

Our registrars have been conducting Civil Partnership Ceremonies since they became legal in 2005, and they’re really looking forward to conducting marriages which will give same sex couples the same rights as heterosexual couples. Many people will have been waiting a long time for this, so we’re especially excited to potentially hold one of the very first ceremonies. It will be a very happy - and historic – moment.