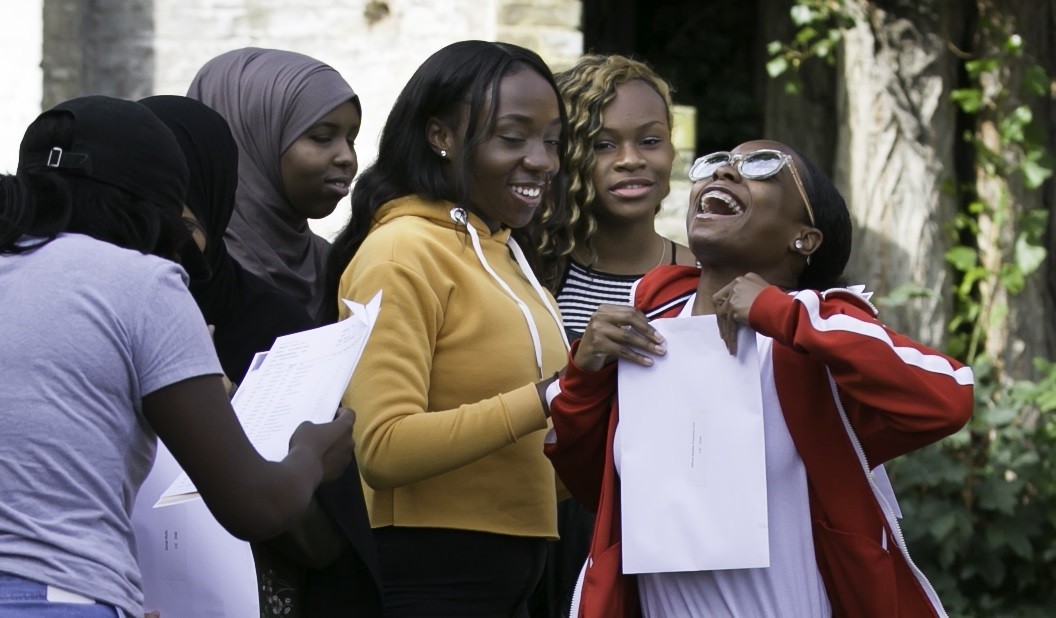 Schools across Hackney who have received their GCSE results have performed extremely well with students achieving strong results under the new grading system for GCSEs which has changed from A*-E to Grades 9-1 in core subjects.

Two thirds of pupils passed English and Maths GCSEs, achieving grade 4 (equivalent to grade C) and nearly 50% of pupils achieved a ‘strong’ pass at Grade 5 (between grades C to B).

Again this year, over 30% of pupils achieved the academic-subject based English Baccalaureate in Hackney.

The results are a welcome achievement at a time of significant change for GCSE exams after a new grading system was introduced in September 2015 which replaced the A to U system with a new 9 to 1 scale. These are the first GCSE results to be achieved under the new grading for English and Maths. Results from other subjects will be released next year.

“Congratulations to everyone who collected their GCSE results this morning. Yet again Hackney’s young people have excelled, and I’m very proud of all of our schools for the contribution they make in helping their pupils to make a great start in life. I wish all of our students the very best for the future.”

A new grading system has been introduced for GCSE exams this year, replacing the A to U system with a new 9 to 1 scale. The new system sets a 4- ‘the standard’ - as equivalent to a C under the previous rankings, with a grade 5 described as a ‘strong’ pass, while the top grades A* and A will be split into three grades, 7, 8 and 9 – with 9 awarded to those with marks at the very top of the old A* grade.

New GCSEs in English and Mathematics under this grading system have been taught since September 2015 with the first results received this week. Other subjects are to follow from 2018. Further detail on performance, particularly around the headline Progress 8 and Attainment 8 will be published by the Department of Education in October.