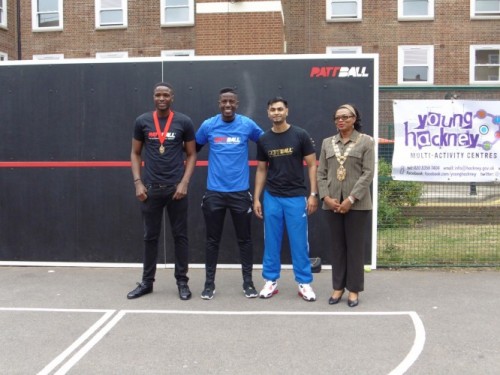 Former The Voice winner, Jermain Jackman, joined The Hackney Speaker and residents of Nisbet House, in Homerton High Street, in a tournament to officially open the new Pattball court on Saturday 14 June.

Over 50 residents came out to take part in the celebrations at the estate's multi-use games area, which included live demonstrations to entertain the crowd. Young Hackney introduced the game then other residents joined in the fun to try it out the sport themselves.

The fast-paced game, which has been played for decades, requires no additional equipment except for a ball, and involves two opponents hitting the ball against a wall, in a similar way to squash, with the aim of winning points by making shots which your opponent cannot return.

Stoke Newington resident Moynul Ahmed, who has helped spread the word about Pattball, worked with Hackney Homes, Hackney Council and Young Hackney to officialise the sport by installing a dedicated court to make it more appealing and competitive to players.

Moynul said: "I am from Hackney so I wanted the story to start here. Pattball has been played for decades in different countries but unofficially and I wanted to develop and officialise this simple yet effective game to encourage more people to play. Having a dedicated court makes it more appealing and competitive. Once we get people playing on the same format we can hold tournaments and events."

Speaking about the launch event, Moynul said: "It was great to see all the children fully immersed in the game and having fun. They picked up the new rules very quickly and were organising themselves game after game. It shows that a simple sport like Pattball can be so effective. They were running around breaking a sweat, at the same time building their ball skills and hand-eye co-ordination and their confidence. This is what Pattball is all about."

Shakira Haq, nine years old, said how much she really enjoyed playing the game and how she wants a court in her school. Nathan, sixteen years old, said: "the whole concept and format is brilliant. The rules are simple. It's simply the same rules that everyone knows but applied on the new court, so it's really easy to get used to. I am now looking forward to a tournament."

With five courts up and running at Petchey Academy, Urswick School, Millfields school, Morningside Primary school and Nisbet House Estate; a further thirty planned and eight different boroughs wanting courts, including the Olympic Park and Royal Parks; Moynul is well on the way to seeing his goals achieved.

Hackney Speaker, Cllr Sade Etti said: "It was wonderful to see so many young people take part in today's event. This new court is a great addition to the community and will go some way to encouraging young people to be more active." 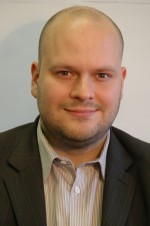 This is a great inclusive sport which is once again growing in popularity. It’s a fun way of keeping active and the simplicity of the game is appealing not only to children and young people, but to all our residents.

Young Hackney will be returning to the Nisbet House Pattball Court in the summer to hold a Pattball tournament for the young people from the estate. 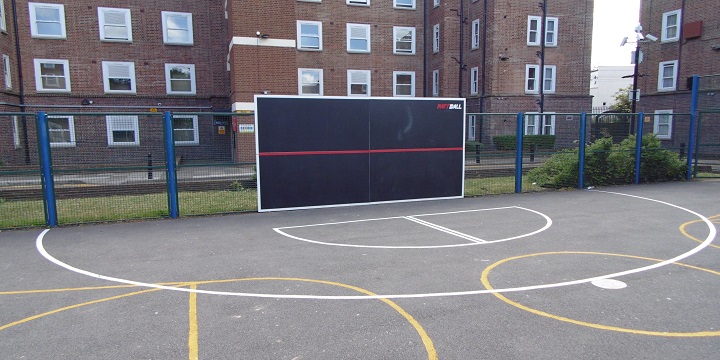