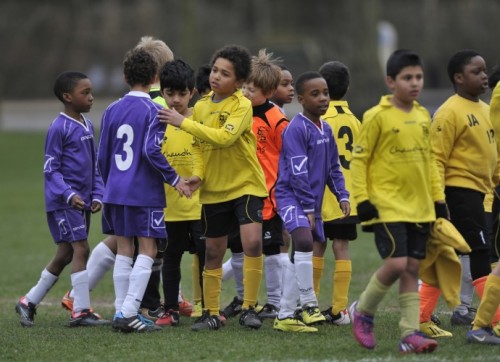 After another successful football season, the Hackney Marshes Youth Football League is looking for even more teams to sign up and join in the competition when the next season starts in September.

This year saw 32 clubs taking part, with around 65 teams playing every Saturday involving hundreds of boys and girls under the age of 16.

Terry Hartley, coach for Los Campos FC who had four teams in the league said:

“Being our first season in the Hackney Marshes Youth League I have to say it has been great! Off the field the league is well run and very supportive to the clubs involved offering courses to the develop clubs and coaches as well as some fun stuff for the kids like the meet with the freestyle champion Andrew Henderson.”

The league is centralised and all of the match fixtures take place on Saturdays at the home of grass roots football, Hackney Marshes. The league has increased in size over the last three years with eight teams playing over five divisional age ranges. There have been many fantastic games and a great level of competition across all the league divisions.

The League is now taking registrations for clubs that would like to affiliate for the 2016/17 season. If you have a club and want to sign up your teams, or would just like to know more about the League then please contact Michael Cole: michael.cole@hackney.gov.uk.