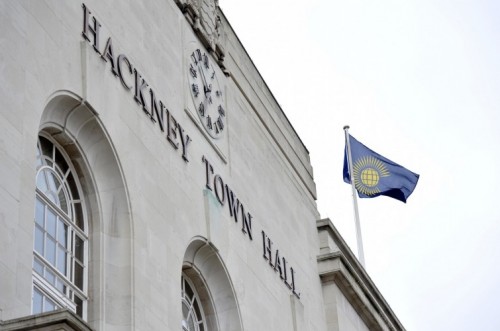 Hackney stood alongside hundreds of others in Commonwealth countries across the globe as part of a public expression of commitment to the ‘family of nations’, for Commonwealth Day on Monday 13 March.

Hackney Council marked the day by holding a short ceremony and raising the Commonwealth flag at Hackney Town Hall.

The Speaker of Hackney, Cllr Rosemary Sales, read out a special commonwealth message from Her Majesty The Queen, which pledged peace and understanding between all peoples and nations. The event also remembered those from across the Commonwealth who fought alongside British troops and gave their lives in the First World War. 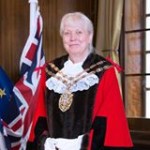 In these difficult times, when racism and intolerance are on the rise here and across the world, it is important to come together for events like Commonwealth Day to spread a message of peace and friendship between nations and citizens everywhere.

The Commonwealth is made up of 53 states - mostly territories of the former British Empire - spanning nearly a quarter of the globe and incorporating more than 2.3 billion people.

You can find out more about Commonwealth Day by visiting: http://thecommonwealth.org/commonwealthday.