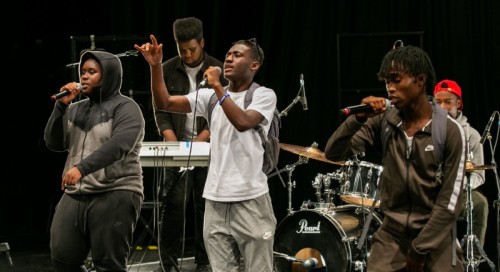 Viewers from 10 countries including Peru and the USA tuned in to watch Hackney’s up-and-coming young artists perform on a livestream watched by over 400 people.

The eleven performances, screened on the Hackney Live platform, showed the wide range of musical talent in Hackney from Soul and R&B, right through to Indie and Jazz Fusion.

Edmund Corbluth, 16, from Homerton who performed on piano with his original song ‘Leaving You?’ said: “This experience has given me great insight into the world of music and now I have a better understanding of what I want to do in the future.”

The show also included a live link with Hackney’s sister city, Austin in Texas. The connection between the two cities was forged in 2014. The two places are linked through their growing tech scenes and by the fact that both produce world class musical talent.

Erica Shamaly, Music & Entertainment Division Manager for the City of Austin Economic Development Department said: "Our team in Austin loved watching and hearing the fabulous new talent rising up in East London. Hackney Live is serving as inspiration for our own similar program launching in 2019, and we look forward to exploring ways to connect the music communities in both of our cities."

"Hackney Live joined with 'Austin Live', is exactly the sort of citizen diplomacy and collaboration upon which the international Sister Cities program is built," added Fred Schmidt, Director of International Affairs at Capital Factory and the Austin Chair of the Austin-Hackney Sister Cities Committee. "Music is the universal handshake between all people. And the reach, quality and accessibility of today's video technology platforms enable us to share our cultural experiences across the oceans - hopefully then, followed by opportunities to meet in person." 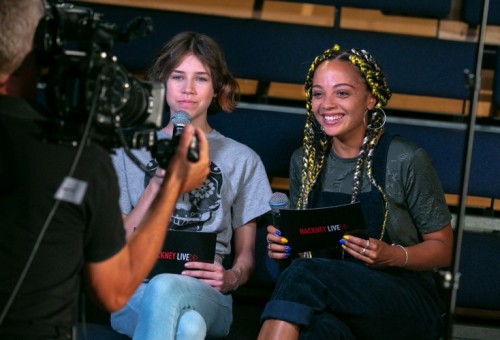 The music event took place at BSix College, E5, but was broadcast globally through YouTube Live. The platform also gave young musicians the chance to perform in some of Hackney’s world class recording venues such at The Premises, The Gun Factory, Route 73, The Vortex and Rising Tide.

The talented group of young people who performed in front of the online audience were; Muniboyz, Chiles, Jewels of Thought, Edmund, Zeeno with Ranks and DJ Bradzo,Rraanaa, TwinTwo, MARCHESI, Nina Hudson, Assembly and Josh Tenor.

Singer-songwriter Rraanna said: “I feel like this is a great opportunity, it means that so many people can hear my music and I am getting myself out there as an artist.”

Behind the scenes young people were also given experience in camera techniques, production and social media management, helping to run the show.

It’s fantastic that we can give local young people the opportunity to show off their talents both on and off the screen. Linking up with Austin to give our artists a global reach is an exciting outcome of the fantastic developments in technology over the past few years - helping to promote Hackney’s amazing culture world wide.

For more information about the event and to watch the show which was broadcast on 20 July visit: www.hackneylive.co.uk. You can also keep up to date with Hackney Live by following the platform on Twitter, Instagram and Facebook @HackneyLive.