Cash incentives for residents wishing to downsize in Queensbridge area 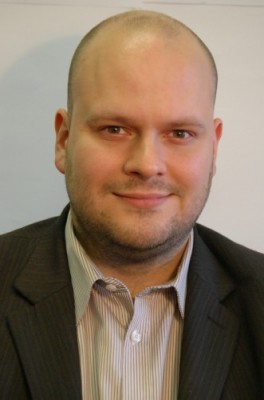 Councillor Philip Glanville, Cabinet Member for Housing, introduces a new pilot initiative called the 'Underoccupation Cash Incentive Scheme’ that will give cash incentives, and other support, for tenants wishing to downsize to another property in the Queensbridge neighbourhood.

I have spoken publically, written to government and have launched campaigns to highlight the huge concerns that I have about Hackney residents not being able to afford the cost of living in our borough. Due to welfare reform this can be an issue even if they are living in a Council property.

Continued government changes to benefits such as the Spare Room Subsidy, or Bedroom Tax, have impacted on residents who live in housing association or Council properties, meaning that they can now be liable to pay an additional sum of money if they have one or two spare rooms. This has left many residents struggling to find the money to pay rent.

We also have residents in Hackney whose social housing is simply too small for their growing families, leading to overcrowding. Many of these families are on a waiting list for alternative accommodation, but at a time of increased homelessness, in part caused by sky-rocketing private rental costs, it is a challenge for the council to find suitable housing in good time with less housing stock that can be used.

We want to help residents on both ends of the spectrum find the right fit in our borough, helping social housing residents facing the Spare Room Subsidy or just wanting to downsize to afford the cost of rent, while helping families trying to find a suitable place to live to bring-up a family.

That’s why we are piloting a new initiative in Hackney’s Queensbridge neighbourhood, where we are helping people whose properties might now be too large for them, maybe after children have moved home, to swap with a family looking for more space who are currently waiting for housing. We will be helping with removal and other associated costs while also providing a cash incentive which can be spent on rent, home furnishings or whatever the resident would like.

This pilot is similar to a ‘Mutual Exchange’ programme that we have been running in Hackney for some time which has helped residents make the move to other properties with less rooms. I recently heard a story of a 100 year old resident who lived in Hackney all her life and decided to downsize from a two bed local authority property to a one bed in Hackney as she could no longer use the stairs and wanted to be closer to her family. After Hackney helped her move, she loves her new home, lives one street away from her daughter and it proved a lot less stressful than what she thought with the support the Council gave her during and after the move.

We want this experience to be mirrored by other residents of the Queensbridge neighbourhood who would like to take part in the pilot. If the pilot is successful, we want to introduce this to other estates in Hackney and help as many residents find the right fit as we can.

If you live in the Queensbridge neighbourhood and would like to know more about the pilot, please call: 020 8356 2199.

Cash incentives for residents wishing to downsize in Queensbridge area