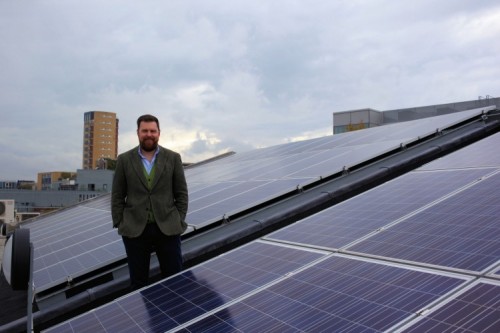 This month Hackney Council has embarked on plans to establish its own energy company.

The borough’s first municipal energy company was set up in Shoreditch in 1897. Now, over 120 years later, the Council is building on that legacy, and is now on its way to establish a new, publicly-owned, cleaner, price competitive energy company that is fit for the 21st Century.

Plans are now underway to set up the Energy Company Delivery Board by January 2019, in order to further develop the manifesto commitment to create a municipal energy company. The remit of the company will include developing a plan on how to utilise up to 50% of Hackney’s residential roof space, owned by the council, covering it in solar panels and driving the deployment of renewable energy infrastructure both within Hackney and beyond its borders.

The community focused company aims to go beyond the pioneering work of other municipal companies such as Robin Hood Energy by ensuring that financial risk is limited, and through placing the supply and generation of renewable energy amongst the highest priorities of the company. As temperatures across world continue to rise with greenhouse gas emissions, Hackney’s energy company will help answer the alarming calls of scientists to respond to the global warming crisis as part of its commitment to securing 100% clean energy across all of its functions by 2050.

An estimated 9,700 households in Hackney suffer from fuel poverty, which a local, publicly-owned energy company, the Council is in a stronger position to make strategic decisions to assist vulnerable residents. This will enable homes across the borough to stay warm without families having to compromise on other essentials.

In the face of limited, and often retrograde, Central Government action, Hackney is joining a movement across local government that is helping to transform the energy system from one underpinned by fossil fuels, to one characterised by clean and extremely low carbon sources of energy. It is our aim to protect residents and the environment we live in. By ensuring there is another publicly-owned, publicly-accountable energy company in the marketplace, we believe we can achieve these goals while placing reputational pressure on the dominant players of the energy world, driving change more broadly.

Further information on the plans for a Council run energy company will be released as the work on developing the company unfolds further in the New Year.