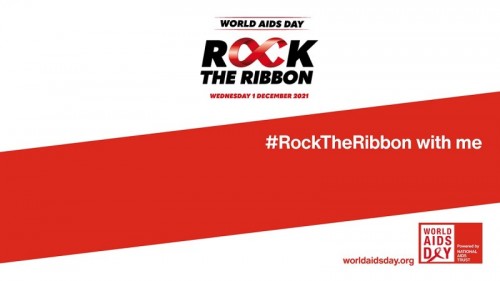 This World AIDS Day, Hackney Council has reinforced its commitment to ending HIV transmission by 2030 and is urging everyone in the borough to unite together in support of the fight against HIV and HIV-related stigma.

Supporting the national campaign led by National AIDS Trust and Terrance Higgins Trust, the Mayor of Hackney, Philip Glanville has pledged to actively promote the uptake of PrEP (pre-exposure prophylaxis) treatment to every community and to ensure that those living with HIV are not marginalised, discriminated against or ignored.

The council has worked with local partners including PositiveEast to improve services for those living with or being affected by HIV. In Hackney it is easier and faster to get HIV tested and reduce late diagnosis as it was one of the first areas to introduce HIV testing in accident & emergency departments as well as throughout our local hospital and primary care provisions.

By working together with our local partners we are addressing stigma, discrimination and racism both from within communities and also statutory services.

People living with HIV are our friends, are our family, are our partners, are our residents, and our councillors - by fully involving those living with HIV in this vital work, the NHS and local councils can play a vital role in not only ending new HIV transmissions but also ending HIV stigma and HIV discrimination.

There are a wide range of local support services available to residents around HIV prevention, testing and treatment. For example, residents with mild or no symptoms can access free home kits to test for HIV and other STIs through the Sexual Health London portal https://www.shl.uk/contact or by contacting Positive East.

I am proud of the innovative work that has been undertaken by our residents, community organisations, local NHS and council services in responding to the HIV pandemic. I have booked, taken and returned my free home test and the whole process is quick and easy.

“The recent fall in new HIV diagnosis shows us that prevention work, such as frequent testing and access to PrEP, is effective. However, late diagnosis is still high, meaning regular testing isn't reaching all of our communities. That’s why it is so important to offer at-home testing and make it as easy as possible to test.

A full list of support services available around HIV and sexual and reproductive health more generally can be found on the Hackney website. These services are available and have been delivered with the safety of service users and staff as a priority even during the coronavirus pandemic.

Hackney residents can access online HIV and STI self-testing, as well as advice, peer support and counselling for people living HIV, through Positive East by telephone 020 7791 2855 or email talktome@positiveeast.org.uk (Monday to Friday, 9.30am to 5pm).

For children, young people and families affected by HIV, Body & Soul offers an array of free support, including peer support groups, one-to-one counselling, information and advocacy on a range of issues, including welfare, human rights and immigration. To find out more, please call 020 7923 6880.