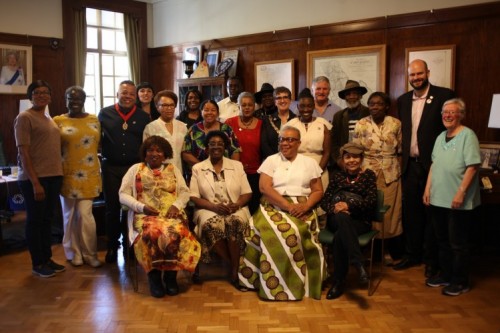 Caribbean Elders came together for a reception at Hackney Town Hall on 22 June, to commemorate the 70th anniversary of the MV Empire Windrush docking in Britain.

The ship was the first to bring Commonwealth citizens from the Caribbean to the UK, part of a request from the British government to help rebuild Britain after World War II. Windrush Day not only commemorates the 500 people on board, but recognises and honours the enormous contribution migrants and their decedents have made to British life and identity.

Caribbean Elder Lola Bello, who attended the reception, said: “I like Hackney a lot, you see different people from different nations and we can all relate to each other. Days like Windrush Day are important to learn about the past and what people have suffered and how much we have improved from the olden days, as now everybody is united and we have a good community.”

As well as a reception in the Town Hall, which was organised by Deputy Mayor Bramble and attended by the Speaker of Hackney and Mayor Glanville, the borough celebrated Windrush Day through Hackney Museum, who this year have already taught over 3,000 school children about the borough’s migration stories including Windrush. 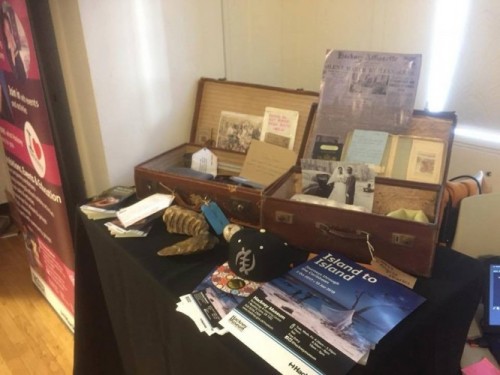 Hackney Museum and Windrush actors are even taking some of the museum’s collection to City Hall on Saturday 30 June, for the Mayor of London’s ‘Arrival’ event. Showcasing how UK museums are collecting Windrush histories and to enable visitors to find out why people from the Caribbean were invited to Britain after WWII, the type of jobs people came to do, the personal stories behind the newspaper headlines, and the challenges and opportunities that faced Caribbean migrants arriving in Hackney in the 1940s and 50s.

Alongside remembering the history, Hackney Council’s community library service also celebrated the day by unveiling a framed poem at the Bells Project, a housing scheme targeted at Caribbean Elders. The poem had been created in one of the library's outreach poetry workshops for the residents at the housing project.

Yvette Harte, Peabody Group Supported Housing Social Inclusion Officer at the Bells Project said: “You could see the tenants delight when the poem they helped write was read out. One man who has trouble speaking since a stroke, had been able to get involved in the workshop, and seeing his face when the words he had contributed were spoken out loud was very touching.”

It’s really important that as a borough with a large Caribbean community, that we celebrate Windrush Day and those who came from the Caribbean to help rebuild Britain and shape British society. Alongside celebrations it’s also important for us to honour and respect people affected by this history in the present, and realise the hardships that communities like the Windrush generation still face today, and how as a society we can reflect on history to overcome this.

To find out more about Hackney’s Caribbean history visit Hackney Museum, or look at their online history resources ‘Island to Island’ on the Museum website:www.hackney.gov.uk/museum-teaching-resources.