A sing-along to swing low, chats with old friends and rum punch all round - the Hackney Caribbean Tea Party was a chance to celebrate the achievements of the Windrush generation.

The tea party was organised by the Council, as part of its Black History Season of events, to thank the Windrush generation for their contributions to the borough.

Over 300 older people attended the event at Hackney Town Hall on Wednesday 3 October, and were welcomed by a steel pan rendition of ‘London is the Place for Me’, by Nostalgia - the only traditional ‘pan-around-neck’ band in the UK.

Guests were directed to the Assembly Rooms decorated with flags from Caribbean islands part of the Windrush generation. Art exhibits, including a replica of the Empire Windrush ship and original suitcases used when travelling to the UK filled with passports and photos, were also on display.

Older peoples organisation, Connect Hackney, launched a special ‘Windrush at 70’ edition of its magazine, featuring information on the contributions made by Windrush migrants and their descendants. This helped many older people reminisce about the time they first arrived in the UK.

Keith Mcintosh, 59, who arrived aged 11 from Saint Vincent and the Grenadines said: “I arrived in February and it was very cold, and I was trying to figure what the smoke was coming out of my mouth!”

Peggy McKenzie, 68, who arrived at age 8 in 1962 from Jamaica said: “At first I didn’t like it here as a young girl, the first thing that got my attention was all the smoke coming from the chimneys, I told my mum, what is it, have the houses caught fire?”

Former Hackney Councillor and cultural historian, Patrick Vernon OBE, who has spearheaded the Windrush campaign, spoke about the national

significance of Hackney’s Windrush generation. Hackney-born BBC Radio London presenter Eddie Nestor MBE compered part of the afternoon and shared his experiences as a Windrush descendant, while the legendary drummer Jah Bunny and his band entertained the crowd.

The line-up also featured various senior groups, including East London Dance’s Leap of Faith, a professional dance company for older people, and the Caribbean elders’ group Uprising Community Club. The floor was then opened for an open mic segment for the guests to share a memory, song, or poem. The music was turned up and played classic songs such as ‘Stick By Me’ and ‘Could You Be Loved’.

Sherlene Barker, 73, who arrived age 18 from Barbados, said: “Hearing the records brought tears to my eyes. Back then, we communicated through music and it brought back so many memories. Those moments you thought you forgot, it was all brought to the forefront and you face the life that you passed. That was so touching, and today, Britain is a better place for most.”

A Polaroid booth was also set up to document the day. Led by artist Aida Sylvestri, the project collated an archive of photographs of the Windrush generation. BBC London Radio and Voluntary Arts England also broadcast live interviews with tea party guests in both the Town Hall and outside, on the BBC bus. 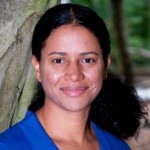 Hackney has a large Caribbean population, and this was a fantastic opportunity for us as a borough to celebrate the contributions the Windrush generation have made both locally and nationally. Not only in helping to rebuild Britain after WWII, but helping to shape British society and culture.

Find out more about Hackney’s Black History celebrations, which look at the contributions that African and Caribbean communities have made both locally and across the globe. Hackney Council events are free and will take place at Hackney Museum, Hackney Archives, Youth Hubs and at libraries across the borough, until January 2018.

Some events require advance booking. For more information, pick up a programme of activities from libraries and other venues across the borough, visit the Black History webpage or follow the year-round Black History awareness campaign in Hackney on Facebook.