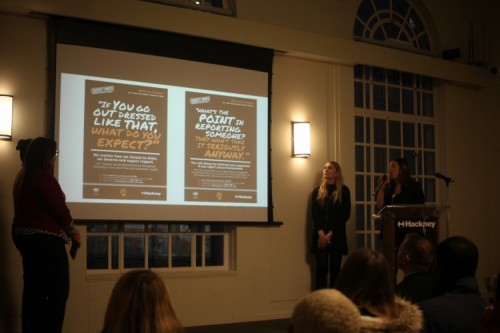 Local residents, visitors and late night businesses will be encouraged to “Reframe the Night” to clamp down on sexual harassment and make sure everyone has a good night out in Hackney and City of London during the festive season.

The Reframe the Night campaign challenges some of the common myths present in night time spaces. For example, making sure that the onus is on the perpetrator and tackling the damaging culture of victim-blaming. The campaign will promote and encourage a safer and more inclusive night time economy, while at the same time having a robust and targeted police and council presence on the streets. It will also include information on how to report harassment and where to seek support if you have been affected by it. 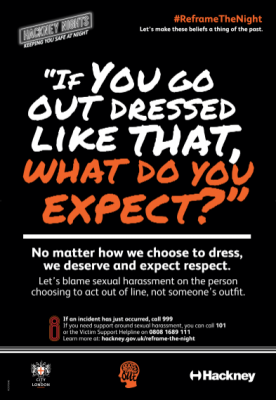 The campaign has seen Hackney Council and the City of London Corporation team up with Good Night Out, who are an independent organisation who work with bars, clubs and student unions to help them better understand and respond to sexual harassment in their venues. Good Night Out have developed the Reframe the Night campaign’s messaging, drawing from their extensive research and experience in tackling sexual harassment in night time spaces.

The Charter commits venues to addressing a variety of safety-related issues in the night time economy. It will include focused training and resources for venues and wide ranging, inclusive public-awareness campaigns which will centre on developing a safer night time economy.

The campaign is funded by Hackney and City of London’s Late Night Levies. The levies are funded by local late night venues in the boroughs, and aim to support them with extra policing and training to help the boroughs’ nightlives continue to thrive.

This is just one of many initiatives funded by the Late Night Levy in Hackney which also includes additional police resources, including the ongoing Operation Lagana, which has seen Hackney Council work with the police to promote a safer night time economy and protect local residents and visitors from crime and antisocial behaviour.

We’re thrilled to be working with the City of London Corporation and Good Night Out to launch our first campaign under Hackney Council’s new night time safety charter, Hackney Nights. Campaigns that promote positive behaviour change, like “Reframe the Night”, will go hand-in-hand with training, resources and additional police presence to help protect local residents, visitors and businesses from crime and anti-social behaviour. These are just some of the ways that the Late Night Levy is helping to promote a safer night time economy. 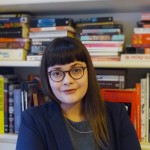 There are many myths surrounding sexual harassment in nightlife, which all-too-often place the blame on the person who has been targeted, not the person choosing to harass or assault them. We know from training hundreds of licensed premises that creating a culture of belief, support and accountability is paramount for prevention. Through this partnership with Hackney Council and City of London Corporation, we are supporting education and skills across local nightlife, encouraging the industry and the public to “reframe” these damaging ideas. As part of this campaign, we will train more local venues to help them better tackle and respond to unwanted sexual behaviour in their spaces. When we upskill staff and replace myths with reality, we create safer nightlife spaces for everyone.

If you need support around harassment, you can:

Learn more about the campaign at: www.hackney.gov.uk/reframe-the-night