Hackney Council has welcomed the Prime Minister’s decision to abandon a key part of funding reforms that could have seen vital supported housing for hundreds of elderly or disabled people in Hackney put at risk.

Plans to change funding for supported housing – where people get extra help for conditions like dementia, physical disabilities or because they have left an abusive relationship – would have left a shortfall to cover rent and maintenance.

After pressure from Hackney Council, housing associations and charities, the Prime Minister announced this afternoon that plans to cap housing benefit to Local Housing Allowance rates – which would not have covered extra facilities and equipment needed in sheltered accommodation, hostels and refuges – would be dropped.

The Council is continuing its call for the Government to set out a permanent, sustainable model to fund supported housing next week.

In Hackney alone, nearly 700 people in permanent supported housing would have been affected by the change, puttingbasic disability aids such as stair lifts, assisted bathrooms and emergency alert systems at risk.

Cllr Rebecca Rennison, Cabinet Member for Finance and Housing Needs, gave evidence to theWork and Pensions and Communities and Local Government Select Committee in March to warn that the reforms would create “the next crisis in social care”, while housing associations said they would stop building new facilities unless funding was ring-fenced. 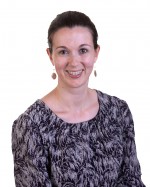 It’s good news that the Government has finally listened to what councils, housing associations and charities across the country have been telling ministers for months.

These damaging reforms would have created more barriers to residents in Hackney to live independently, flee an abusive relationship or get the care they need for medical conditions.

While today’s U-turn is welcome, it’s vital that the Government now puts in place a long-term, sustainable funding model for supported housing that gives reassurance to residents most in need.

Ministers consulted on plans to reform supported housing funding earlier this year because of the upcoming introduction of Universal Credit to replace different forms of benefits claimants currently receive.

They wanted the money residents receive to pay for rent for their supported housing to be set at Local Housing Allowance levels – a fixed amount set at what the lowest local rents are in the area.

This would not have covered the higher rents most supported housing providers charge, leaving local councils to cover this shortfall – as well as costs for extra facilities needed to provide care such as communal areas, additional staff and maintenance of disability equipment.