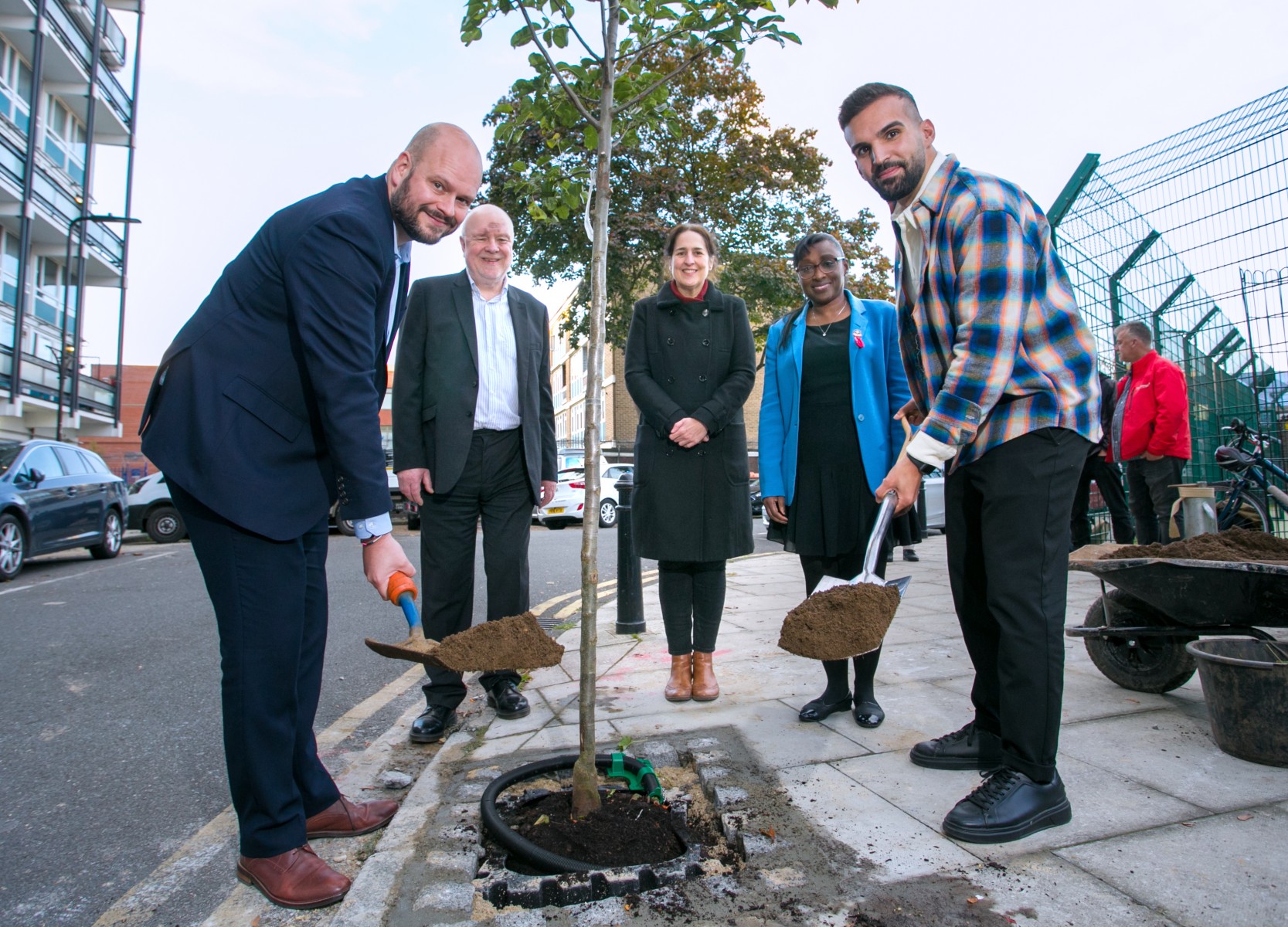 The Mayor of Hackney, Philip Glanville, and councillors on Flanders Way

Further 2,500 street trees to be planted this winter

A further 2,500 street trees are set to be planted this winter as part of plans to tackle the climate crisis and rebuild a greener Hackney after the pandemic.

The rollout of the thousands of new trees began last month, marked by a tree planting ceremony on Flanders Way in Homerton.

The 2,500 trees are set to be planted across the borough, and form part of the Council’s commitment to plant over 5,000 new street trees between 2018 and 2022, alongside over 30,000 new trees and saplings in Hackney's parks and open spaces.

Representing one of the largest urban street tree planting programmes in the country, on-street tree canopy coverage is set to increase from 20 to 30%, helping to sequester carbon, filter air, mitigate local flooding by improving drainage, and cool streets during the hot weather that is becoming more prevalent as a result of climate change.

The seven new trees in Flanders Way were planted by the Council’s street tree team and its highways contractor Marlborough Highways, with the Mayor of Hackney, cabinet members and local councillors joining officers to plant the final tree. They were chosen to provide year-round interest and improve biodiversity and include:

The Council plants a variety of species on streets in order to future-proof its planting by building-in diversity and resilience to a changing climate.

Further 2,500 street trees to be planted this winter