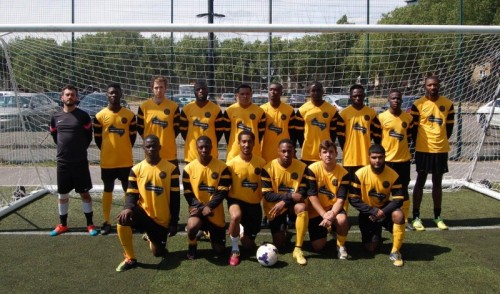 Visitors will get to meet players, take part in a keepy-uppy competition, join in with Subbuteo games and even have a hand in designing the team’s away kit.

Hackney Wick FC, is a new football club, with both women’s and men’s senior teams as well as a youth training academy. The club is wholly community owned with an aim to become a local, professional club which is fan owned and engaged with local people.

The takeover day will coincide with a film showing about the club and its origins, as part of the museum’s ‘Pubs, Clubs and Carnivals’ summer exhibition.

The exhibition includes lots of interesting history on sport in the borough, with a focus on Hackney Marshes, not only the home of grassroots football but also the biggest area of football pitches in Europe.

Brian Akintokun, Hackney Wick FC's Community Development Director said "We are committed to growing a football club which understands the borough's history - and want the whole community to be involved as we move into the future and help it become a better place for everyone.”

Though the club only started last year, they hope to have success, like other cooperatively owned clubs across the country. With the aim to be in the football league within 15 years.

The takeover will happen between 12-4pm at the Hackney Museum. Hackney residents can learn about community football in the borough and find out how they can get involved.

To find out more about Hackney Wick FC and how to support the team, go online: http://www.hackneywickfc.com/.