Find out about plans to create more secondary school places 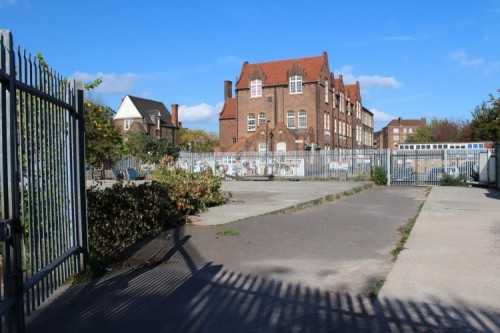 Hackney Council is consulting residents on proposals to use a former depot in Haggerston as a temporary school while it builds two brand new secondary schools to help meet the need for more local school places.

The City of London, an existing successful academy sponsor in the borough, has submitted applications to the Department for Education, to open two new secondary schools. The results of these applications are expected in the summer. If approved, it is proposed that the new schools will be built on the Britannia Leisure Centre site - alongside a brand new leisure centre - and the current Benthal Primary School site, near Hackney Downs.

Hackney’s Local Education Partnership is currently drawing up plans for these schools, which would be built to the same high standards as the borough’s other secondary schools provided through the Council’s Building Schools for the Future programme.

The site, in Audrey Street, was historically used as a depot by the Council’s parks team, and was used as temporary accommodation for Bridge Academy in 2007, while its permanent site was built. The high quality temporary buildings will help Hackney to meet the need for two more schools by 2021, and ultimately provide 2,500 additional local school places.

The proposals are restricted to the hard-standing area within the existing fence line, which comprises 2.33% of the total park site. They do not include the nearby BMX track or the orchard area to the south of the depot site, Arrangements have been discussed with existing interim users of the depot site to relocate them elsewhere within the park.

The temporary site would initially provide accommodation for the school being built on the Britannia site. It would open in 2017 and move into its permanent site in 2020, at which point pupils starting at the second secondary school would move in, until the Benthal site opens in 2022.

This is the latest stage of our exciting and ambitious project to secure the school places we need to ensure we can provide local schools for local children.

This programme has been ongoing for over a decade and has seen a number of new academies open and existing schools rebuilt, refurbished and expanded. The next phase has had to be fast tracked following the withdrawal of DfE approval for a free school last year, which means that instead of the anticipated one extra school, we now need to build two. Using the former parks depot means we can ensure high quality school places while we build the permanent schools

Local residents have been sent an invitation to a drop-in session where they can find out more about the plans, on Tuesday 14 June, from 4-8pm at Whiston and Goldsmiths Community Hall, Goldsmiths Row, E2 8QY.

There will be a display of the proposed school and the opportunity to discuss the programme with the team and provide formal feedback. Those unable to attend can call 0800 170 7270 or email acowley@hardhat.co.uk for more information.

There will be further opportunities to feedback on the specifics of the design when a planning application is submitted.

Find out about plans to create more secondary school places