Don't get caught up with a loan shark 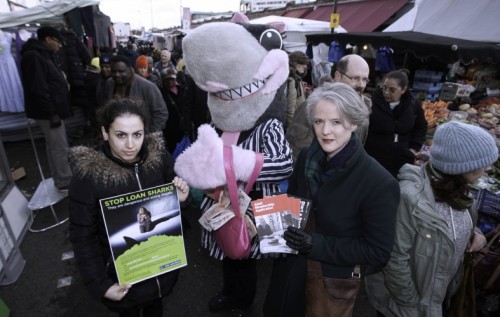 Hackney Council has teamed up with a pioneering team to tackle illegal money lending in the borough.

Trading Standards Officers are working with the Illegal Money Lending Team (IMLT) to tackle loan sharks and bring them to justice.

Loan sharking is an illegal activity which often makes victims lives a misery. Borrowers are trapped into spiralling debt by loan sharks who often resort to the most extreme methods such as violence, threats or intimidation to pressure them into paying loans back.

With a lack of paperwork, victims are kept in the dark about how much is owed and will charge exorbitant interest rates – in some cases in excess of 130,000 per cent APR .

On Saturday, 17 January, Hackney Council’s Trading Standards Team were in Ridley Road Market and they were joined by Glenda the Shark, from the Stop the Loan Shark Project. The team were on hand giving help and advice to those who might have already taken out a loan, as well as raising awareness of the dangers of loan sharks.

The team offered advice on how loan sharks can be avoided and reported, and were they were recommending London Credit Union, who were also in the market, as a safe and legal alternative. At a similar event in December, just before Christmas the team directed 41 people to the credit union. 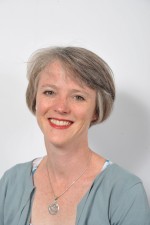 Loan sharks are criminals who prey on vulnerable people and they are blight on our communities. They fleece their victims and have been known to use intimidation and violence to get their money.

“Hackney Council wants to let residents know that we will not allow this bullying and criminal behaviour and we will work with our partners to target those who think they are above the law and can get away with it.

“Instead of turning to loan sharks I would encourage residents to use London Community Credit Union, which offers great saving and lending opportunities.

London Community Credit Union offers people far more than savings and loans; it also teaches them basics of financial planning. The credit union will help those who are unable to open accounts with the main high street banks.

Nationally, the IMLT has secured 321 prosecutions for illegal money lending and related activity, leading to over 205 years’ worth of custodial sentences. They have written off almost £62 million worth of illegal debt and helped over 24,907 victims. Several investigations and court cases are ongoing.

Tony Quigley, Head of the England Illegal Money Lending Team, said: “This is a despicable crime that will not be tolerated. These criminals should always be avoided as they will make your life a misery. There are alternatives available- contact your local credit union. If you believe you or someone you know is involved with an illegal money lender please call our team in confidence on 0300 555 2222. Our lines our open 24/7 even throughout the festive period. If we can stop just one person from turning to an illegal money lender we have made a difference.”

To highlight the impact the IMLT has released a video compilation of real life victim’s stories, in which those who have suffered at the hands of loan sharks explain in their own words how horrendous their experiences were. Watch the video on You Tube.

Anyone who has been a victim of a loan shark, or know someone who has can call the 24 hour confidential hotline on 0300 555 2222; Text ‘loan shark + your message’ to 60003. E-mail reportaloanshark@stoploansharks.gov.uk; or private message on www.facebook.com/stoploansharksproject

Don't get caught up with a loan shark